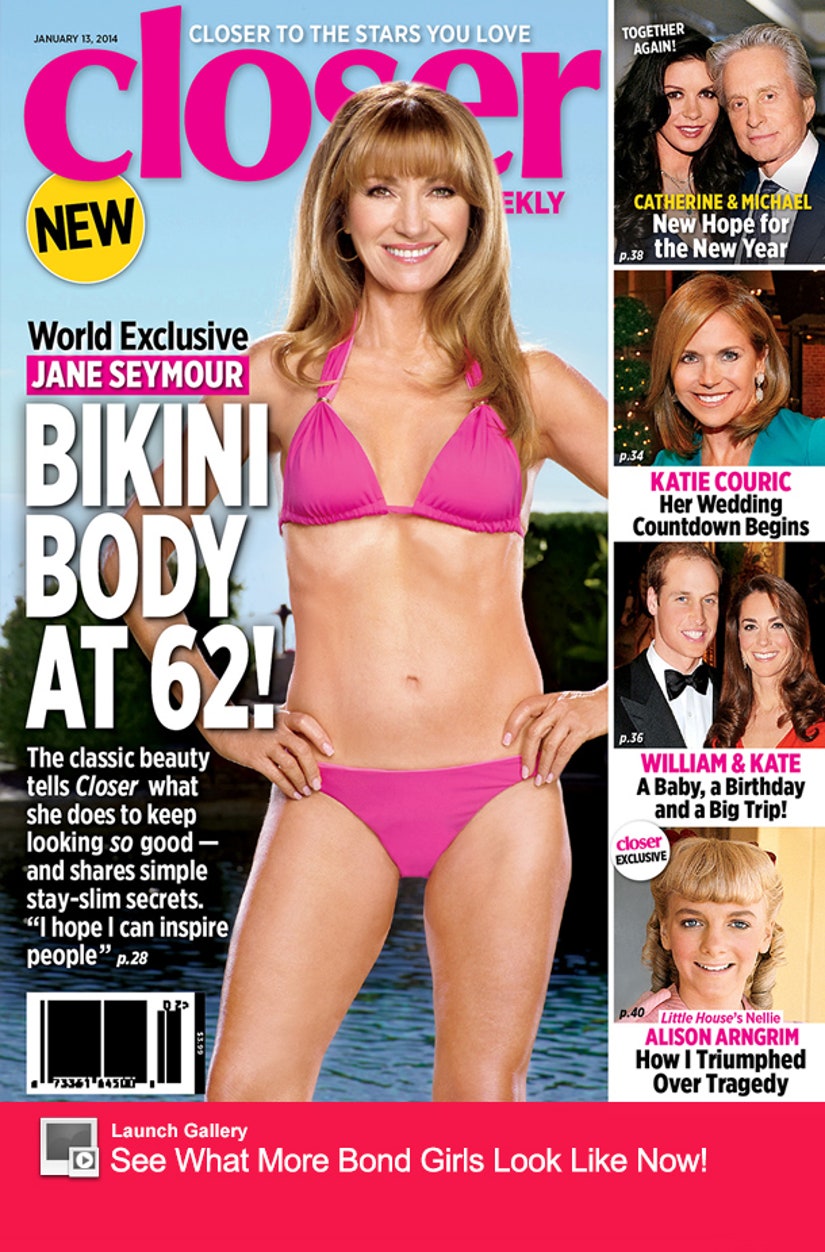 Former Bond Girl Jane Seymour still has what it takes to get 007 all worked up, as evidenced by her brand new cover of Closer magazine.

Wearing a bright pink bikini and a smile, the "Dr. Quinn, Medicine Woman" star looks incredible -- and says she's in the best shape of her life.

"God, I'm in better shape now in some ways than I was when I was doing the Bond film," says Jane, who starred in 1973's "Live and Let Die" opposite Roger Moore.

She credits her killer physique to a combination of spinning, weights and something called Gyrotonic -- plus sports like tennis, golf and swimming.

As for her beauty regimen, she says she always wears a hat in the sun and drinks a lot of water.

And no cosmetic procedures here.

"I tried [Botox] and hated it. I'd never do it again," she says. "For me it doesn't work because I'm an actor and I need to be able to move every part of my face."

We have a feeling some of her fellow former Bond Girls haven't been as shy about using Botox as she has. See what they all look like now in the gallery above!