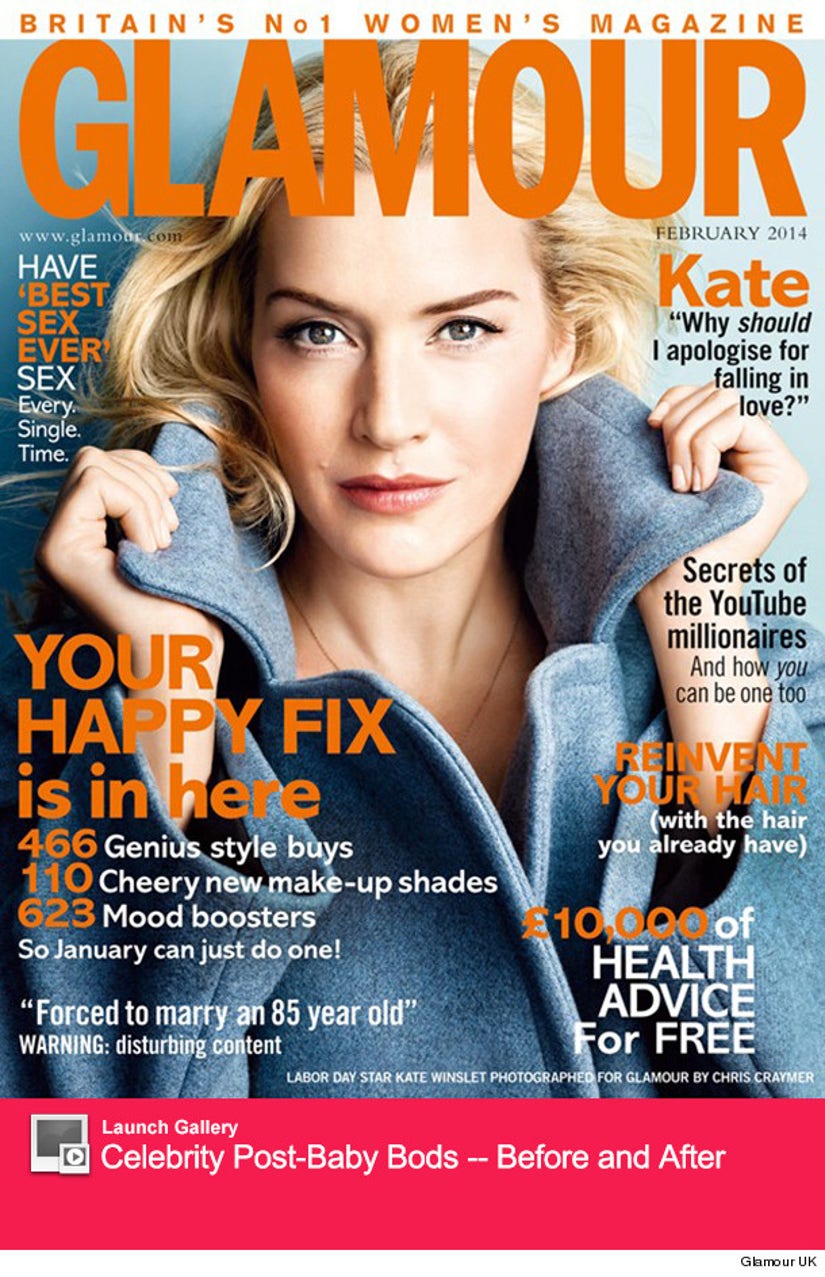 Kate Winslet isn't fazed by the pressure to be thin!

The actress is gracing the cover of the February issue of Glamour UK, where she's talking about motherhood, her post-baby body and having second thoughts about acting.

The 37-year-old welcomed her first child, Bear Winslet, with husband Ned Rocknroll last month, and she's not worried about losing the baby weight.

"Having just had a baby, I'm not going to be thinking about my arse," the new mom told the mag.

So, what does she say about baby Bear taking Ned's last name?

"We haven't ever really had that conversation; it was always going to have my name," Kate explained. "Mia and Joe [her kids with exes Jim Threapleton and Sam Mendes] have it as part of their name, so it would be weird if this baby didn't. Of course we're not going to call it RocknRoll. People might judge all they like, but I'm a f****** grown-up."

While the blonde beauty has had an extremely successful acting career, she still has second thoughts about her career choice.

"Acting is bloody scary. I still have moments when I think 'I can't do this - everybody thinks I'm absolutely s**t," Winslet revealed.

We love Kate's candid comments, but what do you think about the actress' take on motherhood? Tell toofab in the comment section below, and click "Launch Gallery" above to see more stars' post-baby bodies -- before and after!