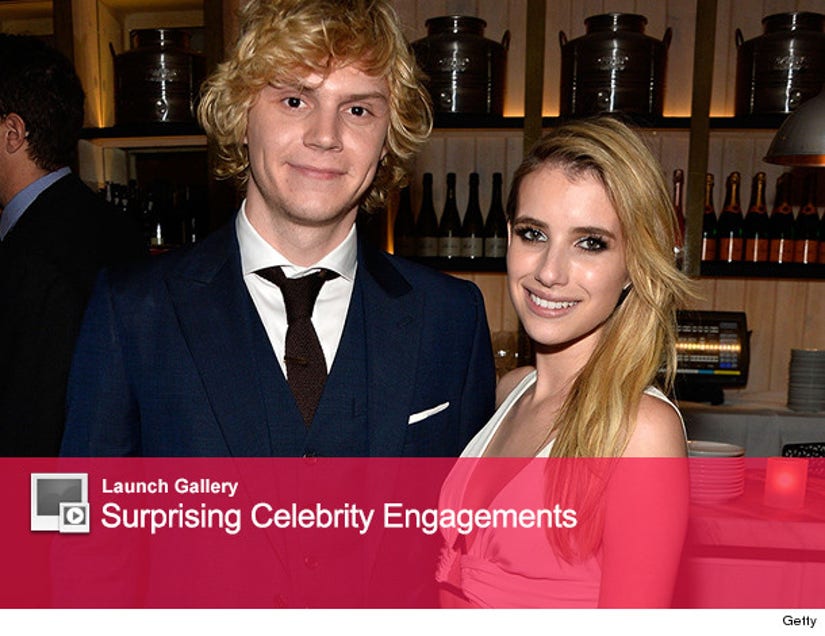 Emma Roberts is engaged to her boyfriend Evan Peters, according to Extra.

Sources say Evan popped the question with a pink gold and diamond ring over the holidays in New York City.

The couple has been dating since mid-2012 and currently costar on FX's "American Horror Story."

While Emma and Evan are ready to settle down now, they haven't always been so lucky in love. They made headlines in July 2013 when Canadian authorities briefly arrested Roberts after an alleged domestic dispute.

Since then, however, things look to have taken a turn for the better for the lovebirds.

No details have been released about when they're planning to tie the knot.

Are you shocked by the engagement news? Tell toofab in the comment section below, and click "Launch Gallery" above to see more surprising celebrity engagements!