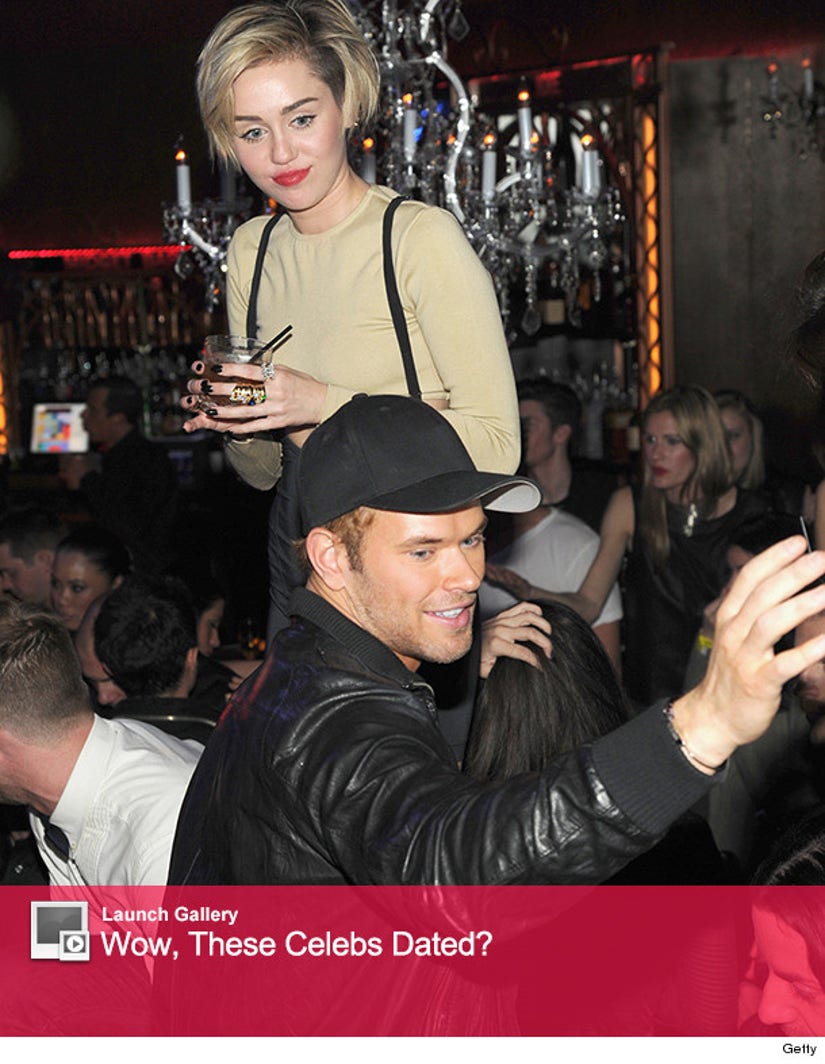 While they were reportedly making out last month after the Britney Spears concert in Las Vegas, he's telling a different tale now.

The "Legend of Hercules" star called into "On Air with Ryan Seacrest" this morning, where talk quickly turned to the "Wrecking Ball" singer.

The two have been linked since sharing a private jet together in December -- and have crossed paths a few times since then.

So, what's the deal?

"These rumors are hilarious," says Kellan. "It just makes me laugh. I've been friends with Miley for like six years. She's a great girl. We are friends [and] we run in the same circle."

"Are we dating? No," he says, hopefully clearing everything up once and for all.

"I'm happily single … I'm not [looking for a relationship] right now. I'm enjoying life and traveling quite a bit … there's no real time to find the one," he adds.

Kellan previously dated "You're Next" star Sharni Vinson, but they split last year.

Listen to the interview below: