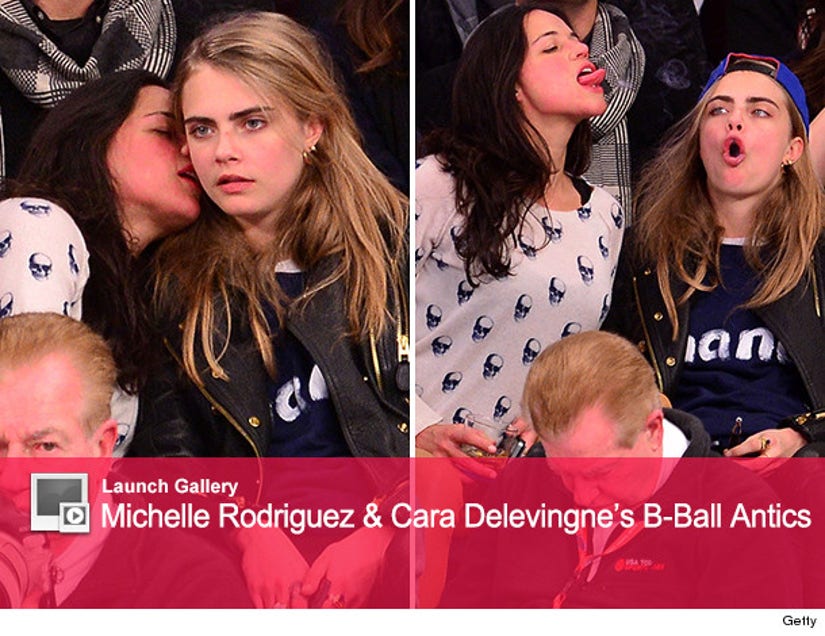 On Tuesday, the actress and model Cara Delevingne attended the Detroit Pistons vs New York Knicks game at Madison Square Garden in New York ... and they definitely looked like they were having some fun!

The "Fast & Furious" star was spotted sticking out her tongue, kissing Delevingne, taking selfies, smoking and nearly falling asleep during the basketball game.

Nevertheless, it did look like the ladies had a good time. After the game, Michelle and Cara continued their wild behavior as they jokingly tried to kick photographers on their way out.

What do you think about the pair's crazy antics? Tell toofab in the comment section below, and click "Launch Gallery" above to see all the hilarious pics from Michelle and Cara's courtside party!