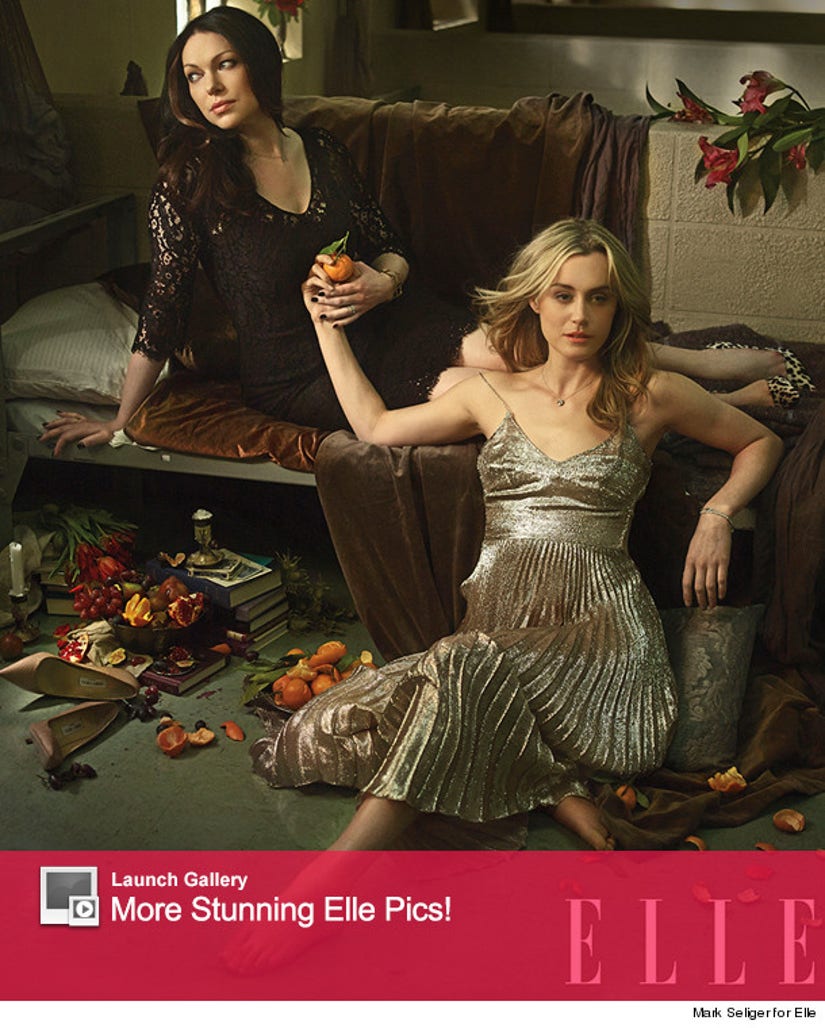 While they may be less-than-glam on the hit Netflix show "Orange Is the New Black," stars Laura Prepon, Taylor Schilling and the rest of the incarcerated women stun in the new issue of Elle.

Shot by noted celeb photographer Mark Seliger, the ladies look gorgeous in a new spread, which was done on the series' set in Queens, New York.

Check out the gallery above to see the side-by-side comparison between the full-glam gals and their TV counterparts. For some, it's pretty shocking!