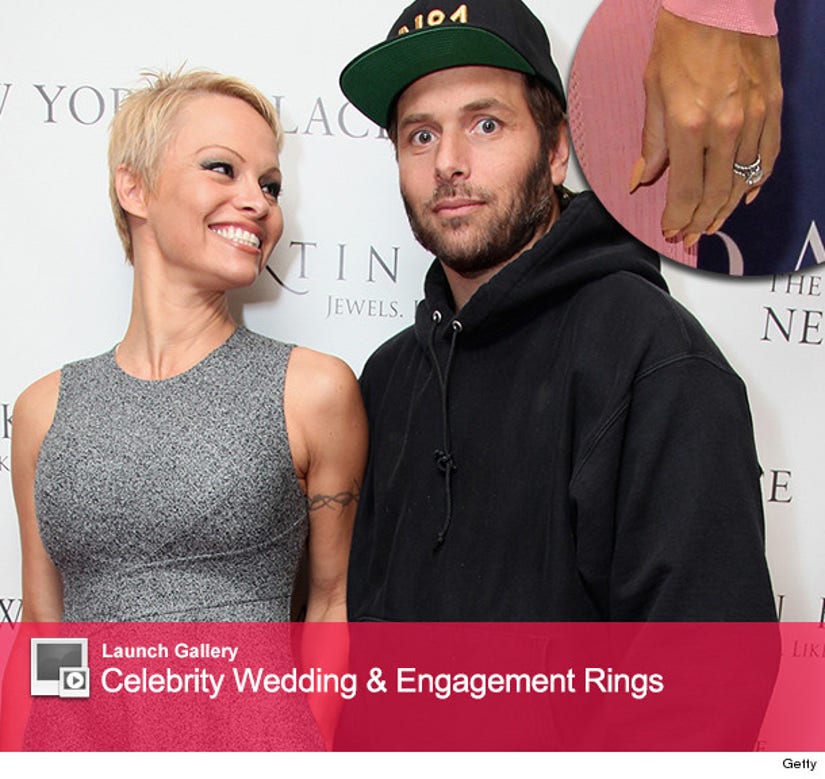 The 46-year-old confirmed the news with E! on Saturday night at Sean Penn's Help Haiti Gala in Los Angeles, where she also showed off her impressive wedding ring (inset).

This will be Pam's 4th marriage. She was previously married to Tommy Lee, Kid Rock and Salomon -- though her marriage to Rick was annulled in 2008.

Yep, you read that correctly. Anderson married a guy she previously got an annulment from.

This will be Rick's 4th marriage too. He was previously married to Pam, Shannen Doherty and E.G. Daily. He's also famous for his sex tape with Paris Hilton.

The two got back together back last summer, with Pam talking about Rick with Ellen DeGeneres in October.

Congrats to the happy couple. Hope this one lasts!