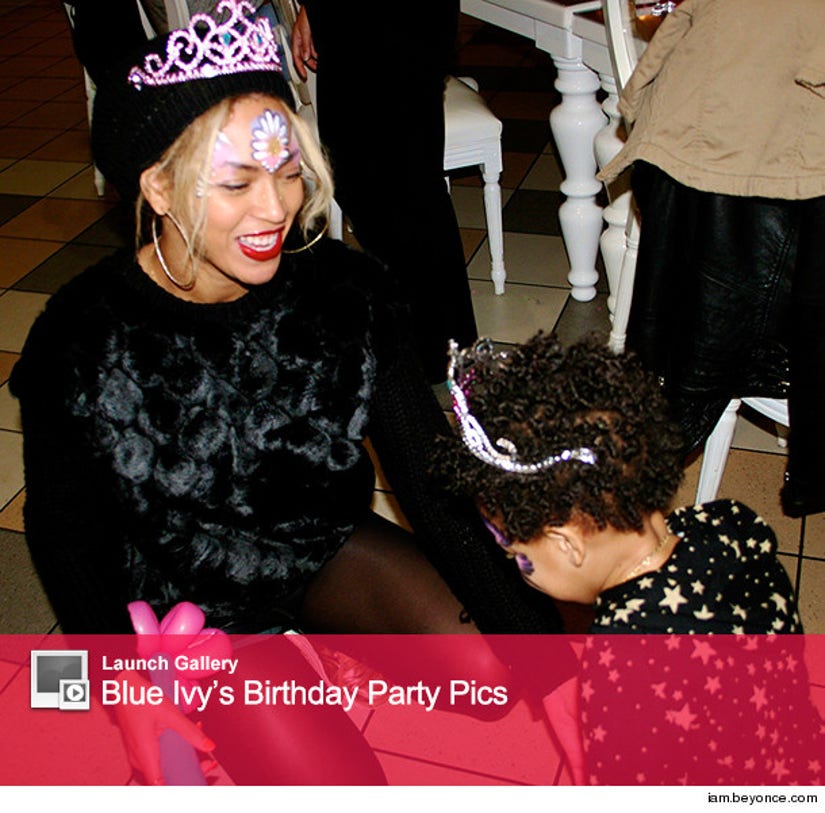 Beyonce and Jay-Z rented out a jungle for Blue Ivy's second birthday -- and now we have some photos from inside the wild bash.

The couple closed down Jungle Island in Miami, Florida for their daughter's special day last week, spending some serious cash to hold a party at the wildlife park.

Queen Bey has finally shared some photos from inside the soiree, which was attended by her Destiny's Child bandmates Kelly Rowland and Michelle Williams.

Blue and all three women were photographed rocking some butterfly face paint for the event. And, in one photo, they're seen getting a VIP tour of the park from Dora the Explorer.

So, what do you get the little girl whose parents can buy her everything? From the pics, it looks like the two-year-old got a Minni Mouse convertible!

Not too shabby, right? Check out the gallery above for more photos from the party, plus even more pics of Beyonce's fabulous life.