Director Kimberly Peirce is taking the horror genre by storm with the remake of the cult classic, "Carrie."

The movie, which is now out on Blu-ray and DVD, centers on a bullied teenage girl (played by Chloe Grace Moretz) who discovers that she has telekinetic powers and decides to dish out retribution against her tormentors, including her abusive mother (played by Julianne Moore).

From her directorial debut with "Boys Don't Cry," the tragic story of Brandon Teena, to the Iraq war drama "Stop-Loss," "Carrie" presented Peirce with a different set of challenges -- re-telling a story that had already been made famous by Stephen King's novel and Brian De Palma's iconic film.

But, Peirce brought her own perspective and insight as a woman to the movie, creating her own version that she calls a "superhero origin story."

toofab's Rachel Hoffman sat down with Peirce this week to talk about making the flick -- and even got to step into the title-character's unfortunate prom shoes for an epic blood dump of her own.

Check out the video above to hear what Kimberly said about the film's VERY disturbing alternate ending and a nearly disastrous on-set accident!

Plus, see us reenact the movie's most gruesome and very messy moment. 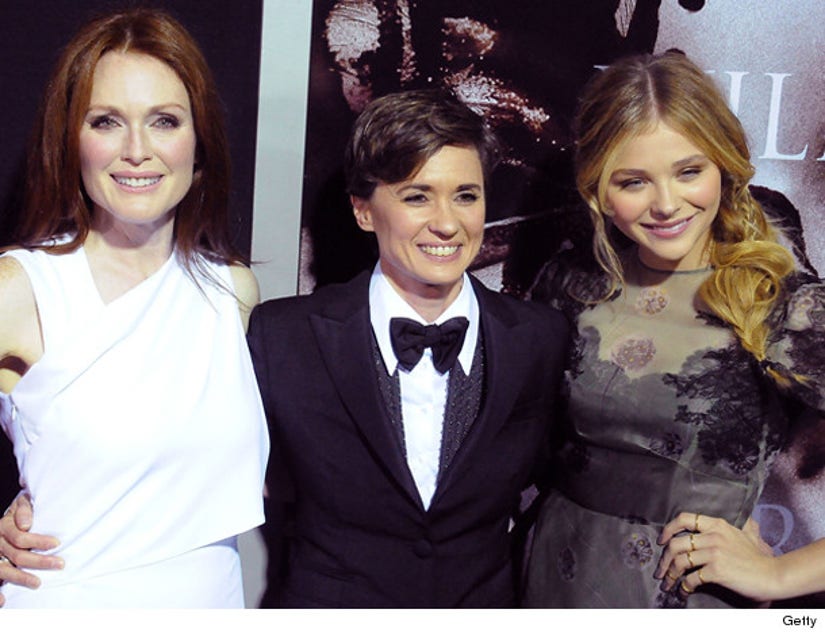