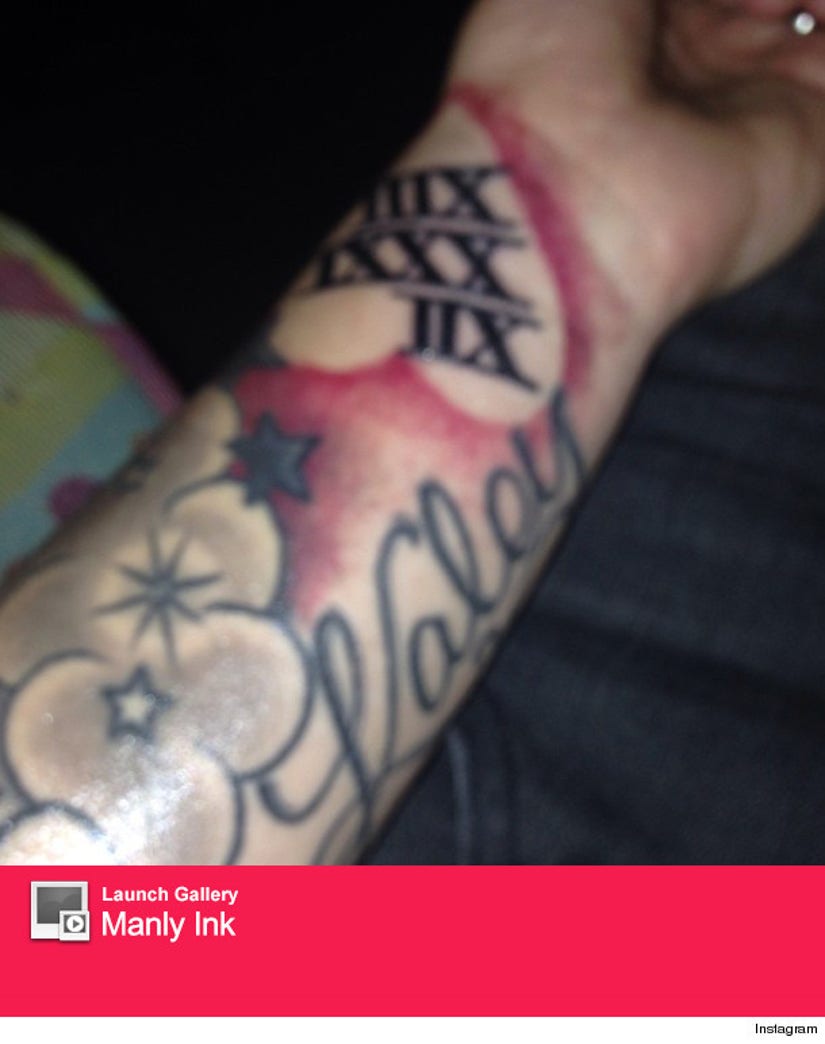 Til death -- or tattoo removal -- do they part!

Ryan Sweeting made his love for new wife Kaley Cuoco permanent on Wednesday, by getting a new tattoo of her name on his arm.

The already inked-up tennis player debuted his new piece on his Instagram page yesterday, proving he has no doubts about their quickie marriage.

The "Big Bang Theory" star and her beau tied the knot on New Year's Eve after just six months of dating.

Do you think the ink was a good idea ... or a symbol of bad luck? Sound off below!