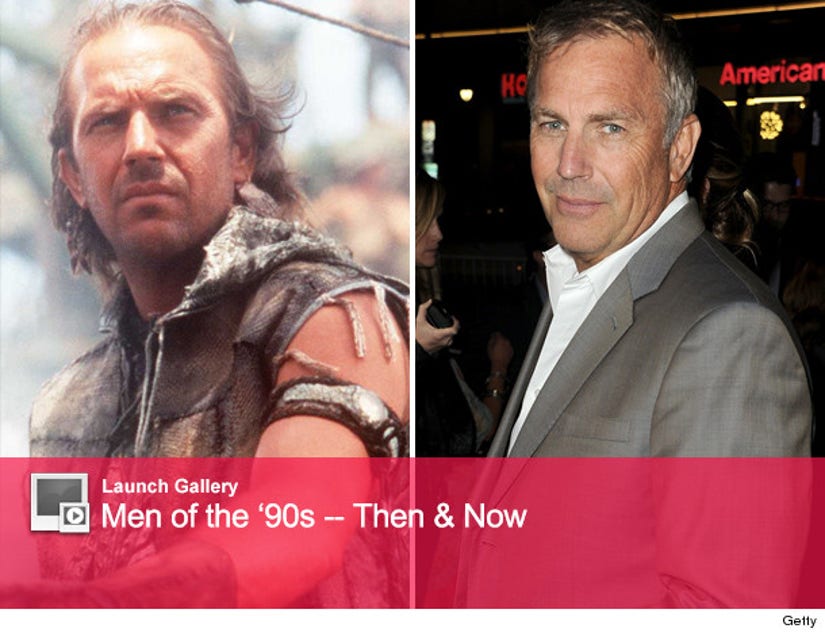 Can you believe Kevin Costner is almost 60 years old?!

The actor has definitely aged well -- Costner still looks like the spitting image of Ray Kinsella in "Field of Dreams."

Since finding fame with his hit movie "Bull Durham" in 1988, Kevin has gone on to steal the screen in flicks like "Dances With Wolves," "The Bodyguard" and "Waterworld."

He also melted women's hearts around the world in the 1999 romance "Message in a Bottle," and thoroughly creeped us out playing a serial killer in 2007's "Mr. Brooks."

Costner's been pretty successful in his personal life as well!

Kevin has three beautiful children with his ex-wife Cindy Costner and married blonde bombshell Christine Baumgartner 2004. Kevin and Christine have three adorable kiddies together, too.

How do you think Kevin has aged? Tell toofab in the comment section below, and click "Launch Gallery" above to see even more '90s hunks then and now!