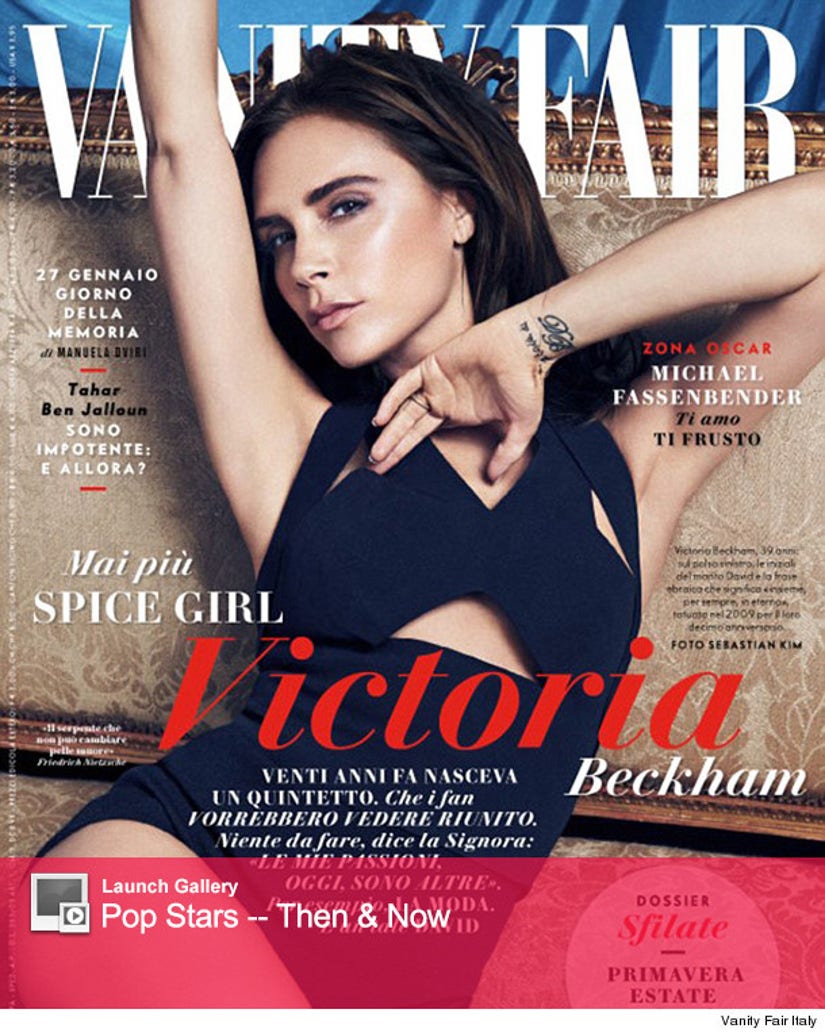 Victoria Beckham doesn't want to "spice up your life" ... ever again!

In an interview in the latest issue of Vanity Fair Italy, the former pop starlet squashed all rumors of a possible Spice Girls reunion.

"I won't ever do it again," the brunette beauty told the mag. "Doing the Olympics was an incredible honor. I was so proud to do it, proud to be British. That was a perfect time to say, 'That's great. Thank you to everybody.' But no more. Sometimes you've got to know when it's time to leave the party."

While Victoria is now a flourishing fashion designer, she admits that her previous pop career helped her succeed in her current career.

"The Spice Girls were successful because we celebrated women," Beckham explained. "That's why I do what I do today."

The 39-year-old also revealed how she felt while watching her husband David play his final soccer game before his retirement last May.

"It was very emotional. We were so proud. He couldn't have given more to the sport than he did."

However, she also admitted she's happy that her hubby has more time to spend with their children -- Brooklyn, 14, Romeo, 12, Cruz, 8 and Harper, 2.

"After so many years, we have shared - and continue to share - him with so many people. So it's nice to have him home," she added.

We're sad to say goodbye to the Spice Girls!

What do you think about Victoria's candid comments? Tell toofab in the comment section below, and click "Launch Gallery" above to see more pop stars, then and now!