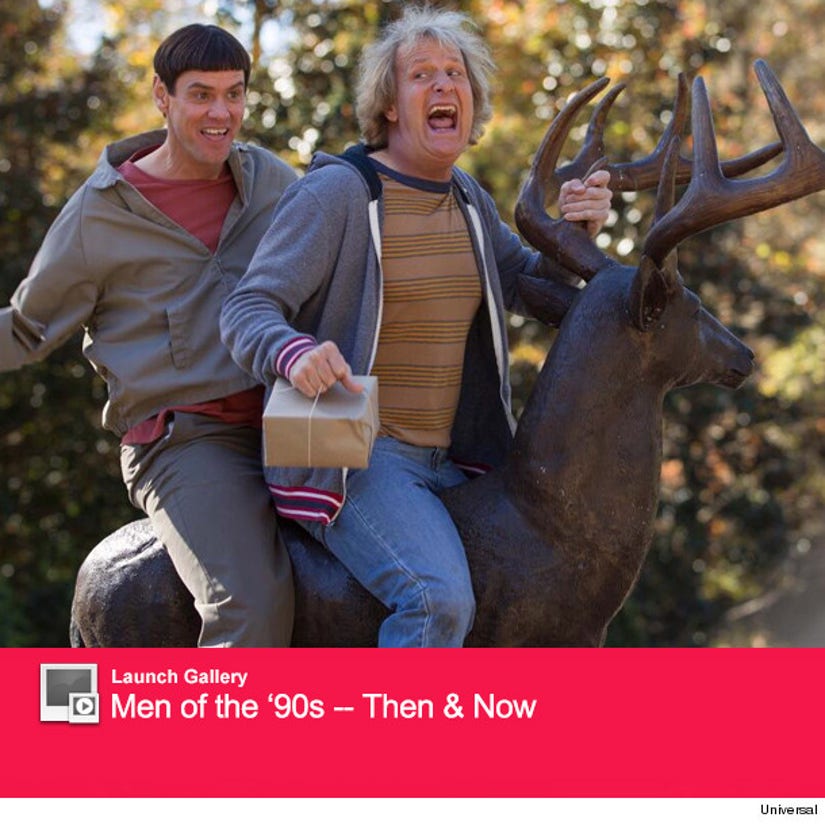 Lloyd and Harry are back!

Universal Pictures just released the first official photo from the upcoming "Dumb and Dumber To," with Jim Carrey and Jeff Daniels returning in their roles as a pair of dimwitted best friends.

In the pic, the two are seen riding on a bronze deer, with Daniels yelling while he holds onto a paper-wrapped box.

What does it all mean?!? We have no idea, but we're really looking forward to seeing them back on the big screen when the movie hits theaters November 14.

Hard to believe it's been almost 20 years since the first flick was released, back in December 1994. 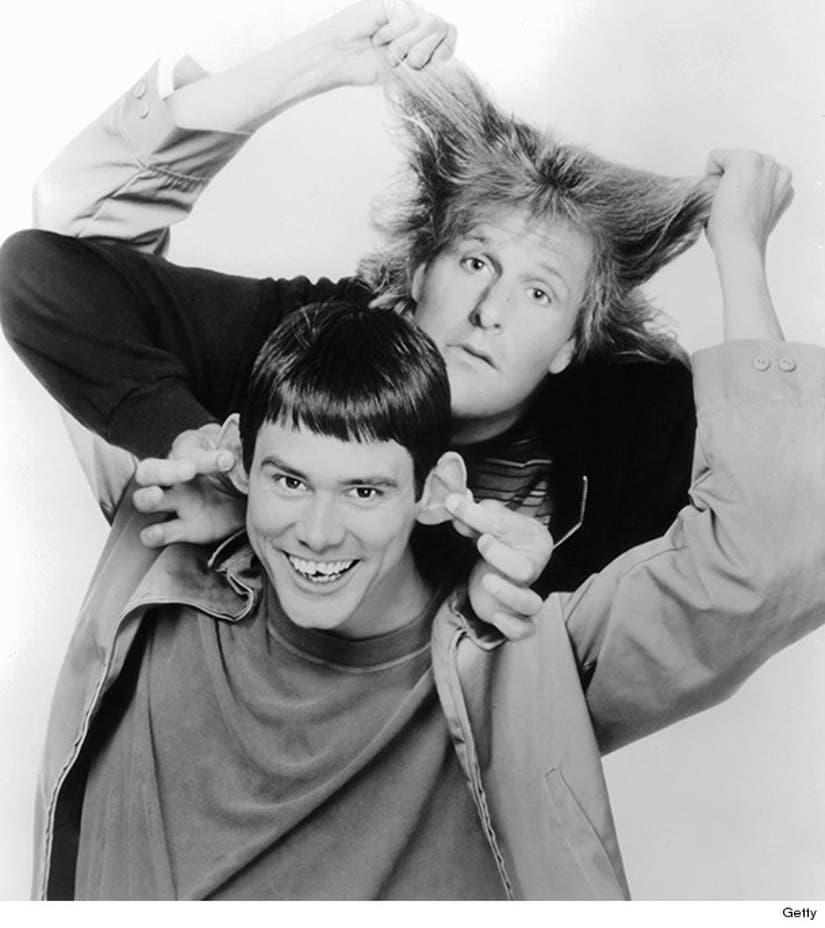 Maybe it's the haircuts or these guys have aged well, but they look exactly the same!

See how more men of the '90s have aged in the gallery above.