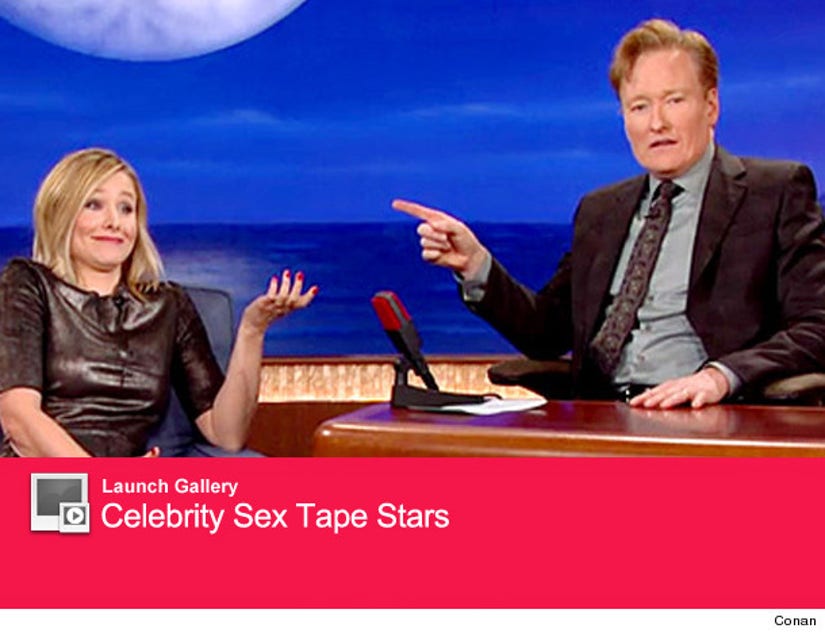 The "House of Lies" starlet shared a funny secret about her sex life on "Conan" Tuesday, revealing that her husband Dax Shepard felt like he was cheating on her when they were intimate while she was pregnant.

"Dax mentioned that he loved it when you were pregnant," the talk show host said during the interview. "What was that all about?"

"He says he likes some meat on my bones -- he phrased it as 'there's more of you to love,'" the new mom explained. "He felt like he was with a completely different woman. He said he felt like he was cheating on me."

Well, that's one way to spice things up!

Bell also revealed that her baby bump was part of a sex tape scene on her racy Showtime show. Check out the video above to hear the actress talk about trying on negligees to cover her "beer belly."

What do you think of Kristen's pregnancy confessions? Sound off below, and click "Launch Gallery" above to see more celebrity sex tape stars!