Bob Saget, John Stamos and Dave Coulier have done a lot of appearances together this week -- but this one is BY FAR the best.

The guys, who are working overtime promoting their new Super Bowl commercial for Oikos, appeared on "Late Night with Jimmy Fallon" last night for a skit that was beyond amazing.

All three guys dressed up as their former sitcom characters, with Stamos getting the best makeover to once again play the coolest rocker uncle ever, Jesse Katsopolis.

Fallon stepped into Michelle Tanner's shoes for the sketch, even sleeping in a similar pencil-post bed, playing the role of a kid afraid of his own nightmares.

Not only did the three guys drop some of their most memorable catchphrases, they also sang "(Let Me Be) Your Teddy Bear" -- something they did for Michelle on the show.

We love that these three have remained friends throughout the years. It definitely seems like they're still one close-knit unit!

Check out the gallery below to see what more TGIF stars look like today. 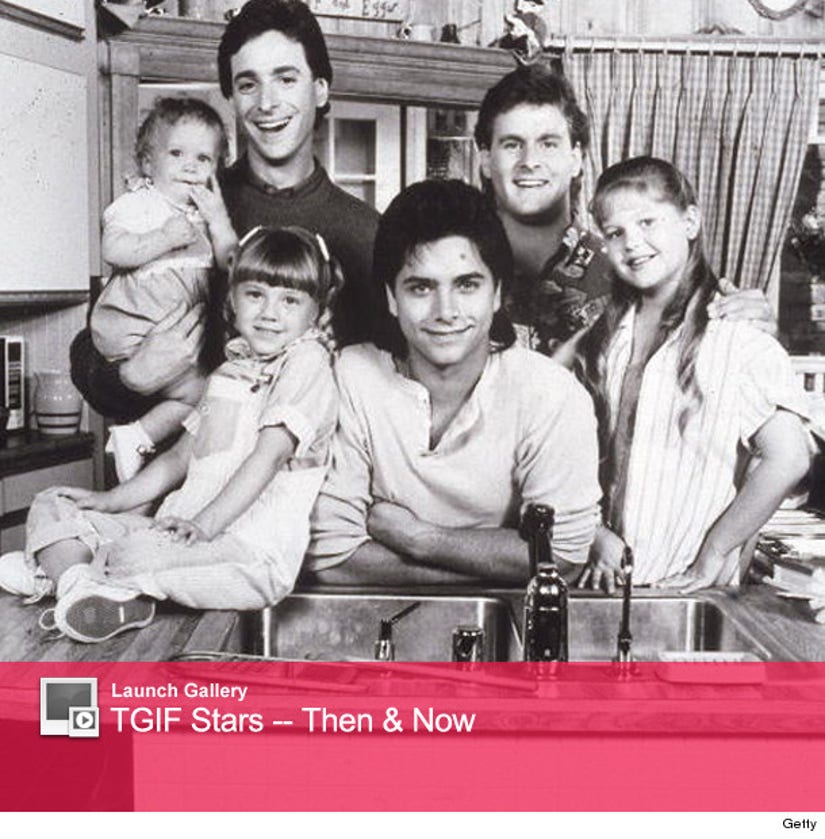