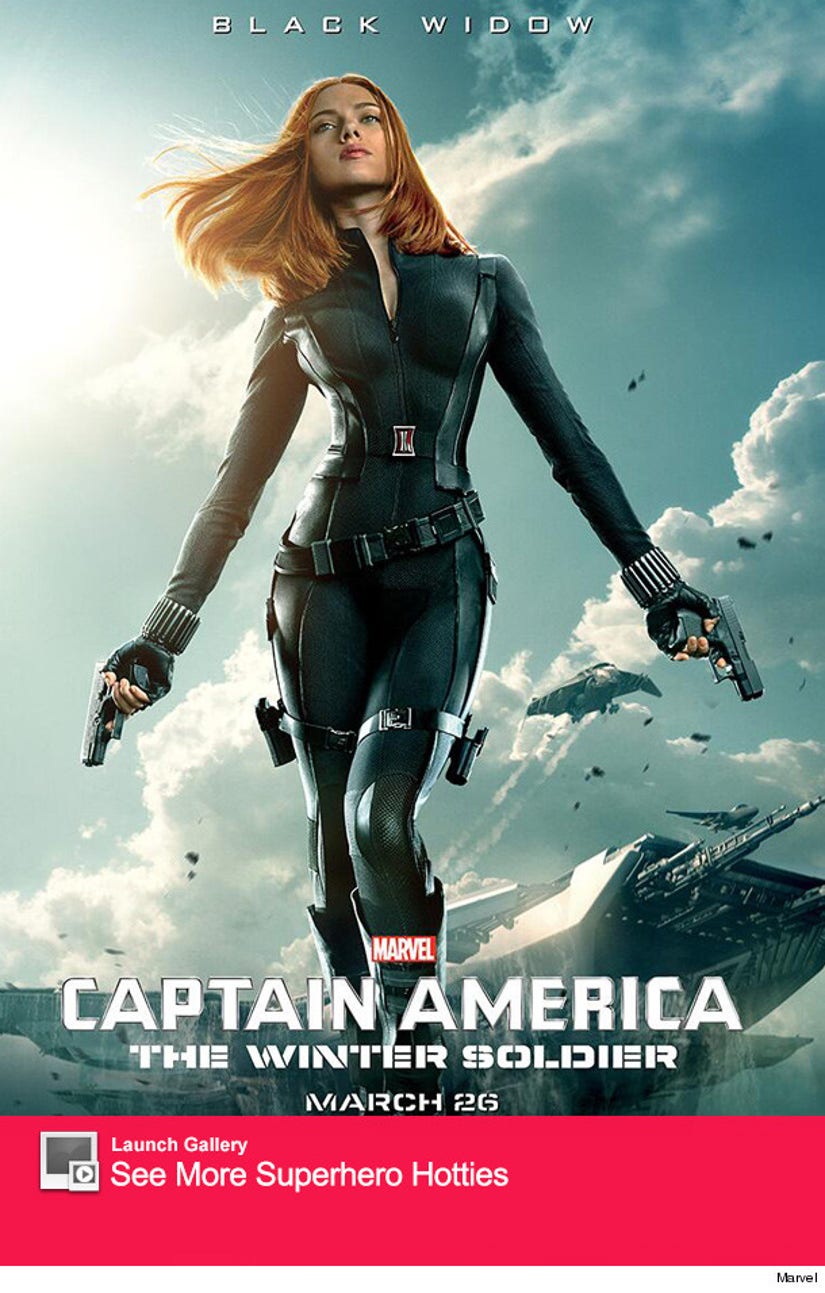 Sure, it's a sci-fi/fantasy film, but could the most unrealistic thing about "Captain America: The Winter Soldier" be Scarlett Johansson's waistline?

Marvel just unveiled three new promo posters for the movie and they do a good job illustrating the difference between how men and women are used to sell a flick.

While Chris Evans' teaser shows only a profile of Captain's face, ScarJo's Black Widow got the full body treatment, posing with two guns out while flipping her hair.

Almost immediately, fans starting crying "Photoshop" about her image -- criticizing her waist the most.

Seriously though. Scarlett Johansson is already curvy. There is zero need to photoshop more curves. None.

Scarlett Johansson is finer than all outdoors, why did they have to photoshop her to death in the Captain America poster, jfc

you know there is no helping the world when even Scarlett-Joh's already little waist is shopped to an impossible width in the Cap posters.

While I'm happy that Black Widow gets her own poster for Winter Soldier, was it really necessary to photoshop her waist THAT small?

The photoshop job on Scarlett, bloody hell look at her waist! https://t.co/XlFjMqBZ1w

Why does Black Widow's waist look so tiny, yet her boobs so huge, in her Winter Soldier poster??

OH OK YEAH I LOOKED AT THE UK BLACK WIDOW POSTER. WAIST IS TOO THING AND HER ARMS LOOK DISPROPORTIONATE AND LEGS TOO THIN...photoshop...

@Blmaddock it's a shame, even the most beautiful ladies aren't safe from being edited. And this is so obvious it's painful! :(

@aprilgloria I'm actually pretty disappointed in @Marvel with this one. Scarlett is curvy and beautiful. Why hack her bone structure?

While we're sure Scarlett could look like that with the help of a corset, it's not really practical for a superhero to wear one under a neoprene suit, right?

This double standard is something Johansson herself has talked about at length in the past.

"I'd have to wear pasties to greenlight any of these movies," she said about trying to start a film franchise with a female comic character as the lead. "They're always fighting in a bra, so while it might be exciting for a still photo, it's ridiculous."

"Superheroine movies are normally really corny and bad," she told EW. "They're always like, fighting in four inch heels with their [thrusting out her chest] like a two-gun salute."

She has a point, one that's pretty much proven in the gallery above.

All this being said ... we still can't wait for the movie, which opens March 26. And hopefully Black Widow can score her own flick down the line, without having to wear pasties.