Zac Efron is a heartbreaker!

The "That Awkward Moment" star stopped by "The Ellen DeGeneres Show" this week to give the talk show host a special gift for her birthday.

"Zac told me during the break that he actually doesn't play the guitar but he learned to play guitar and wrote a song for me for my birthday," Ellen told the audience. "And so I'm going to hear a song that he's gonna sing."

"I kind of thought, like, what do you give somebody on their birthday that kind of has everything like you do," Zac explained of his gift.

While the handsome actor didn't actually write the 56-year-old a song, he serenaded her with Stevie Wonder's version of "Happy Birthday." Check out the video above to hear Zac's special song. 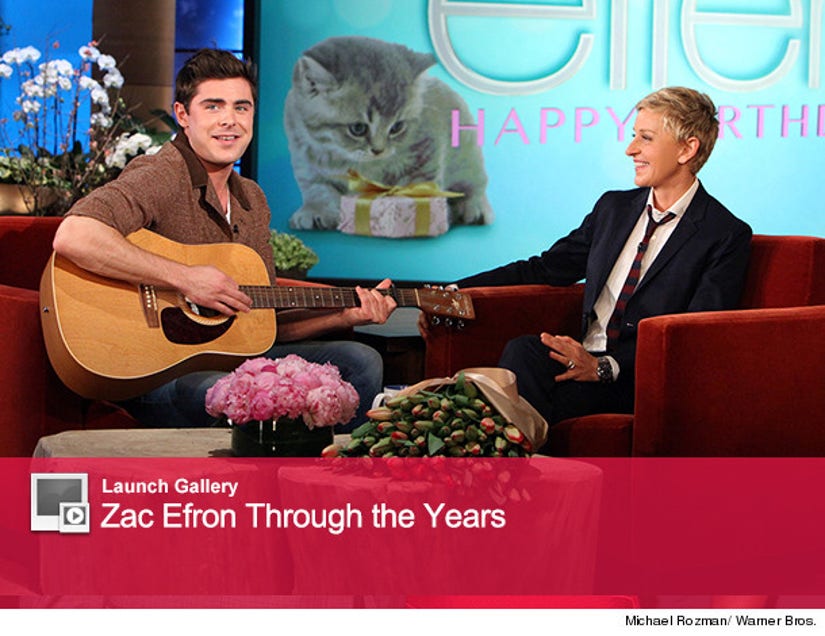 Ellen is one lucky lady!

But, this isn't the first time Efron has showed off his singing skills on "Ellen."

Nearly two years ago, the actor appeared on the show with Taylor Swift to promote their film, "The Lorax," and he showed off what he learned in a guitar lesson from the "Red" singer.

Together, they made up a funny tune about Ellen. Check it out below, and click "Launch Gallery" above to see Zac Efron, through the years!