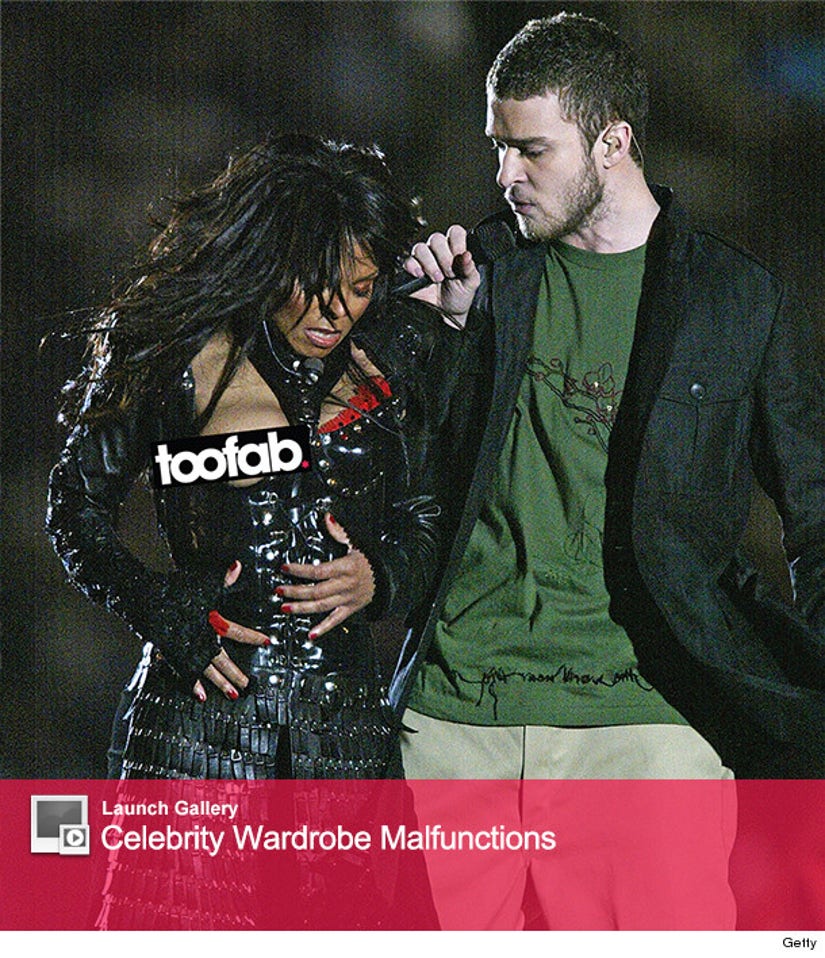 That was one memorable Super Bowl!

As we gear up to watch this year's big game -- we couldn't help but remember Janet Jackson's infamous performance 10 years ago during the Super Bowl halftime show with Justin Timberlake.

It was the nipple seen across the world, when Janet's right breast became exposed while on the stage with Timberlake.

Janet had successfully performed her portion of the show leading up to the accident, belting hits like "Rhythm Nation" and "All for You," but during JT's performance of "Rock Your Body" the former Disney star pulled a little too hard at her corset.

Both Janet and Justin we're just as shocked as the rest of the world when Jackson's star-shaped metal piercing became visible.

MTV and CBS -- who helped plan and produce the show -- released statements regarding the incident, stating "wardrobe malfunction" as the cause.

10 years later and we're still using the term, as celebs keep baring a little too much on the red carpet.

Check out the gallery above to see even more celebrity wardrobe malfunctions that have happened since!