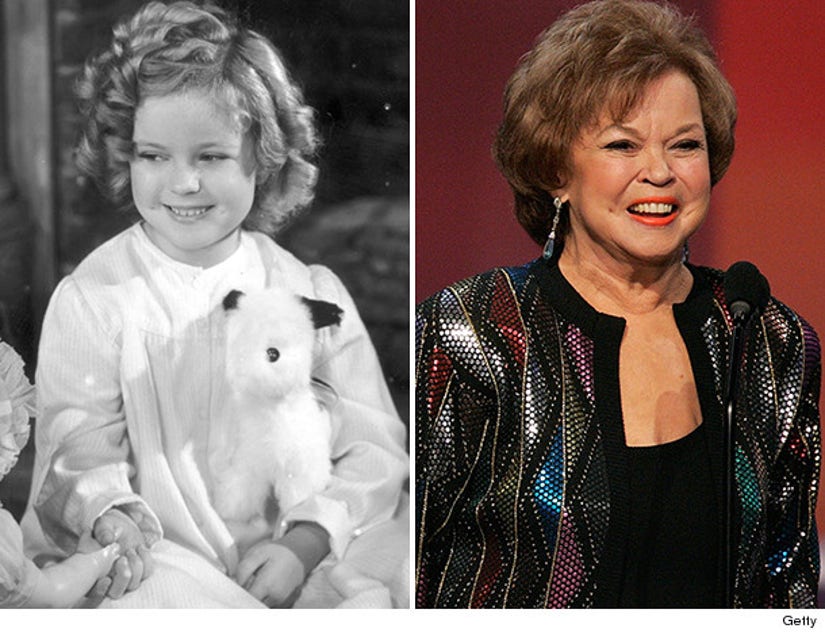 One of the most beloved child stars ever has passed away.

According to a statement from her loved ones, the former actress "was surrounded by her family and caregivers.

"We salute her for a life of remarkable achievements as an actor, as a diplomat, and most importantly as our beloved mother, grandmother, great-grandmother, and adored wife for fifty-five years of the late and much missed Charles Alden Black," the statement continues.

Known for her trademark curls and the song "On the Good Ship Lollipop," Temple starred in films like "Stand Up and Cheer!," "Bright Eyes," "Baby Take a Bow," "A Little Princess" and "Heidi" back in the 1930s. She was also given a mini Oscar for her work.

With Hollywood mourning one of its own, celebrity fans have taken to social media to share their condolences. We'll keep updating below as more messages come in.

The Good Ship Lollypop has sailed today with Shirley Temple aboard a true 1 of a kind. If you don't know her.. google or YouTube her. R.I.P.

Little Shirley Temple raised the spirits of a nation during the Great Depression. RIP pic.twitter.com/yzoyw6xpML

RIP Shirley Temple... she paved the way for many child stars everywhere, and will be greatly missed. True talent!

Rest in peace Shirley Temple. The world is so much brighter because you were in it... pic.twitter.com/d7eQTbuPhy

I loved her so much. I've seen every movie of hers, I own her scrapbooks& have 3 dolls. She was a… https://t.co/EaVFFN6JUL

R.I.P Shirley Temple. U are amazing, u lived such an incredible life.

I remember my mom saying that during the Depression, "Shirley Temple helped us kids forget how hungry we were." #RIP #talent

Shirley Temple will forever be loved. What a legacy.

Heartbroken to lose my life-long role model! Happy Landings on a chocolate bar Shirley! Thank you for… https://t.co/sCdsP6Lc1j

The original movie cutie pie has died. A trailblazer. #ShirleyTemple I'm having a lollipop today.

Rest in peace, Shirley Temple Black. I know that you're sailing up and away on the Good Ship Lollipop.

You inspired countless children & adults, including me. What an incredible life. Thank you, Shirley Temple. RIP. pic.twitter.com/FXDHMDXX1F