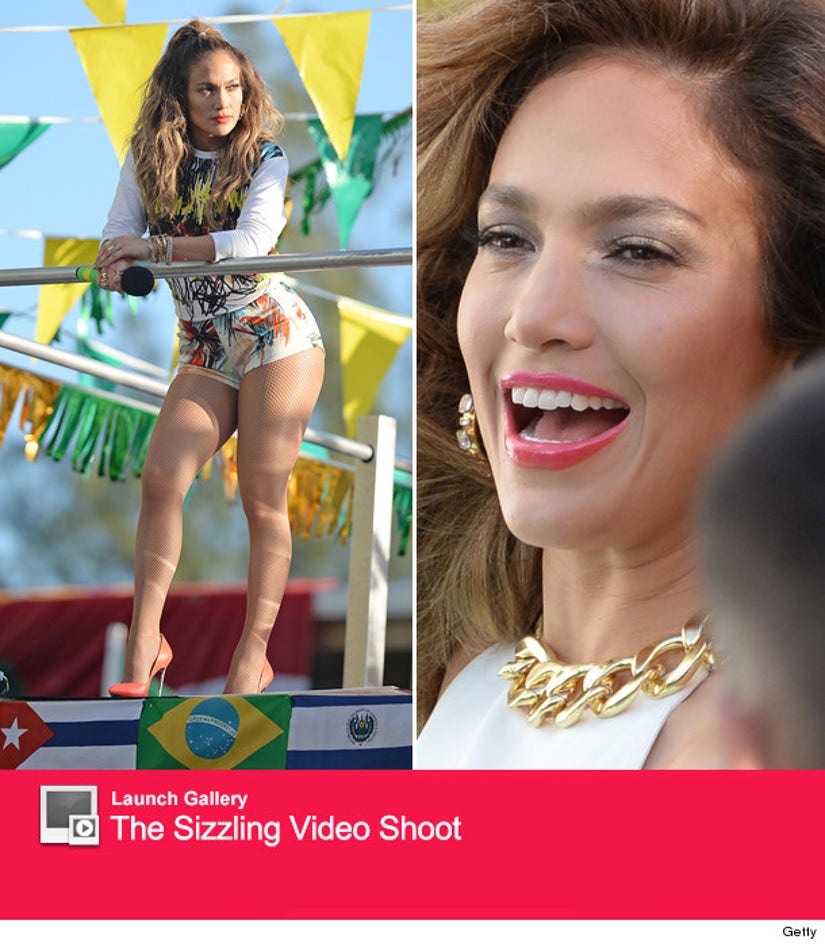 Jennifer Lopez has legs for days!

The 44-year-old superstar took Miami by storm on Tuesday, where she was spotted filming the music video for "We Are One," which will be the 2014 World Cup theme song.

Wearing a colorful pair of hot pants, matching top and orange heels, the singer showed off her impressive set of pins as she shot the sure-to-be-sizzling video.

And then this happened: 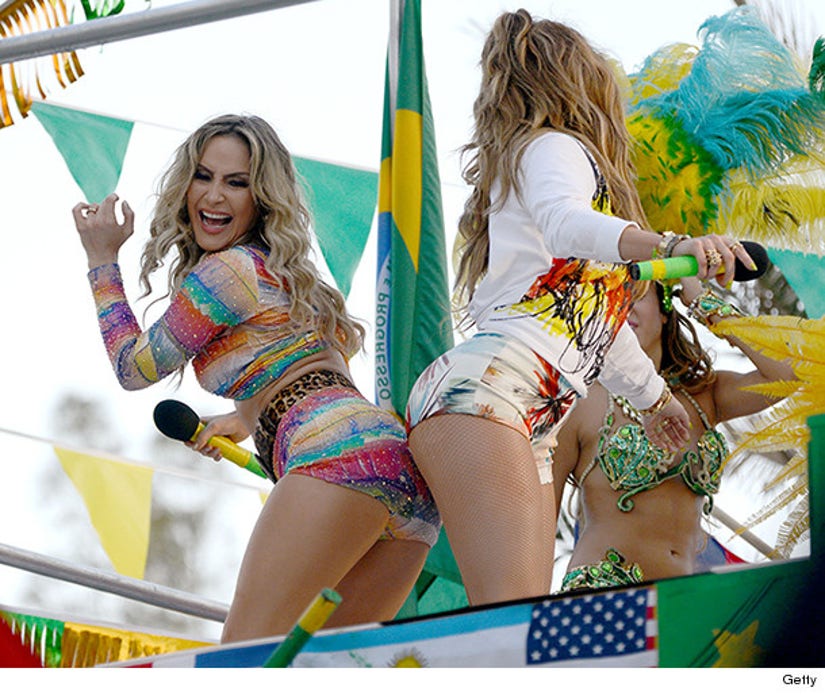 The Carnival-themed shoot definitely looked like a blast to film and will also include appearances from Pitbull, who can be seen in the video below:

This is the second music video Lopez has filmed this week.

She also teamed up with Ricky Martin and reggaeton singer Wisin for the song "Adrenalina" on Sunday and Monday -- with all three of them looking HOT on the set. 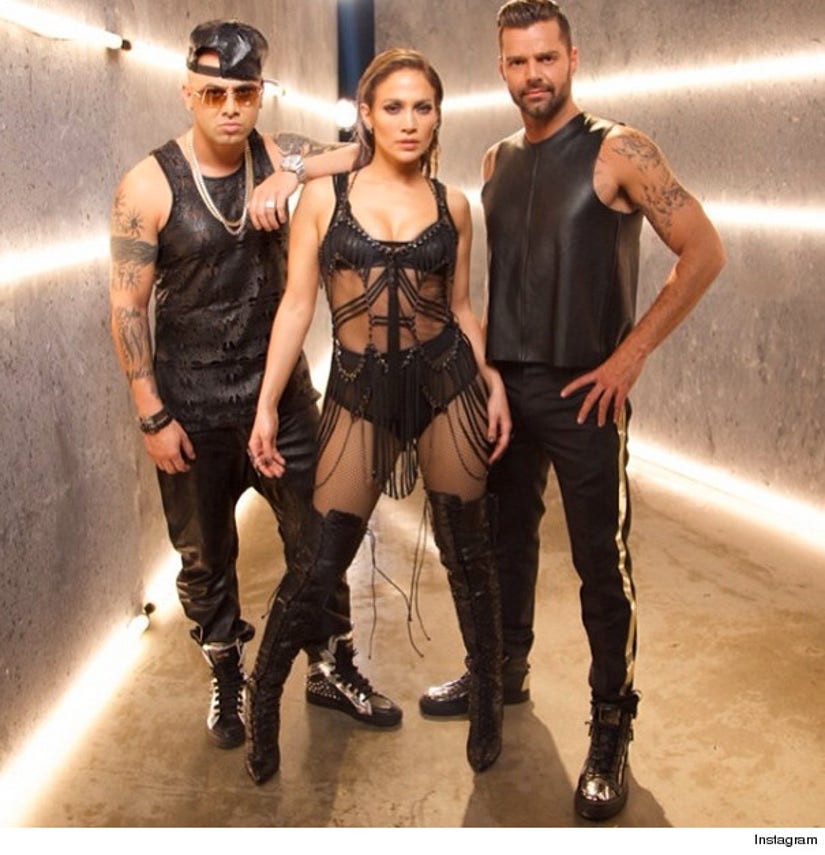