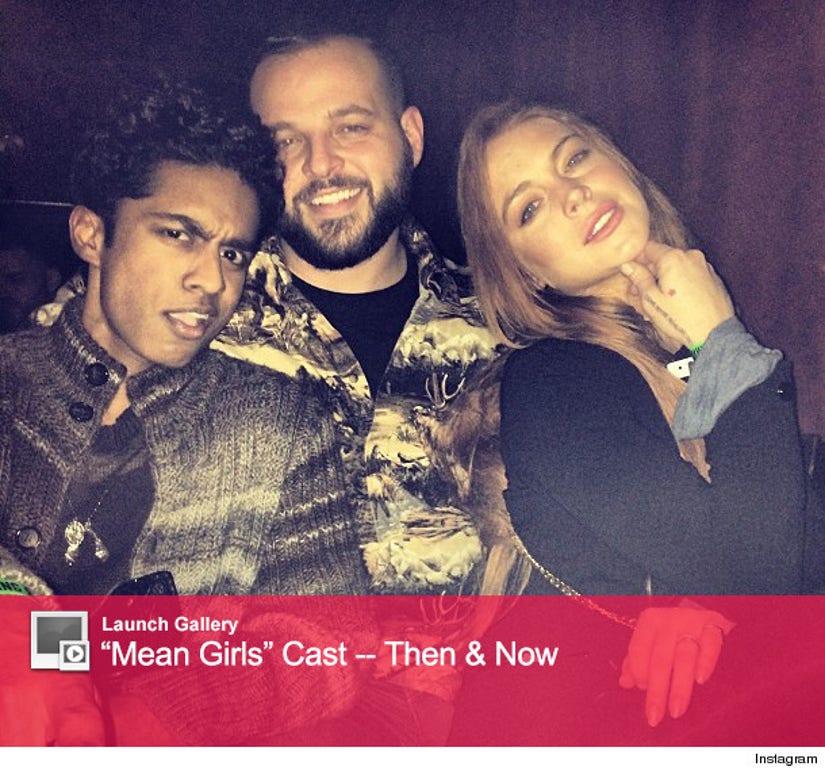 Is Lindsay Lohan secretly trying to make "Mean Girls 2" happen? Because, unlike "Fetch," this is something we'd totally get behind!

The actress had a mini-reunion last night, posting a photo with two of her former costars, Daniel Franzese and Rajiv Surendra, at a Klangkarussell concert in NYC.

This is the third time in recent memory that Lindsay and Daniel, who played "too gay to function" Damian in the film, have met up. The two first reconnected at a fashion show in October 2013 and then hung out again just last week.

As for Rajiv, he's flown under the radar since appearing in the 2004 flick, focusing on calligraphy instead of acting.

With the film's 10 year anniversary in April, don't you think it's about time the entire cast got back together and filmed a sequel? High school reunion theme, anyone?

Check out the gallery above to see how the lives of Lindsay and her costars have all changed since the film first came out -- and how different they all look now!