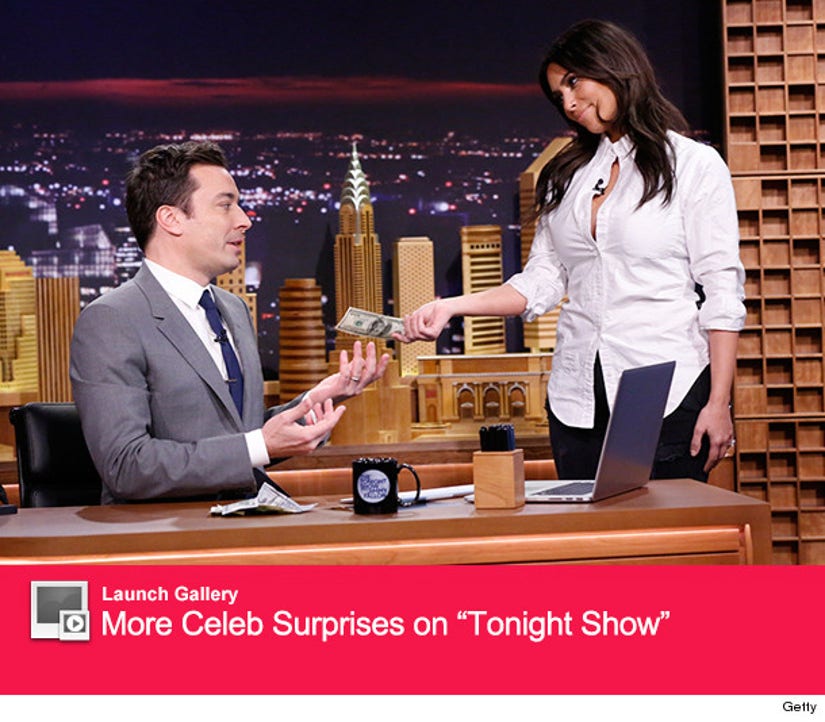 Will Smith and U2 may have been the announced guests for Jimmy Fallon's "Tonight Show" debut, but they were hardly the only celebs in the building.

After joking he's the host "for now," a parade of stars strolled out to hand him $100 bills -- their payment for betting that he'd never be at the head of the show.

Kardashian naturally shared some photos from backstage on her various social network platforms, posting one pretty epic shot of her with all the surprise guests on Mobio. 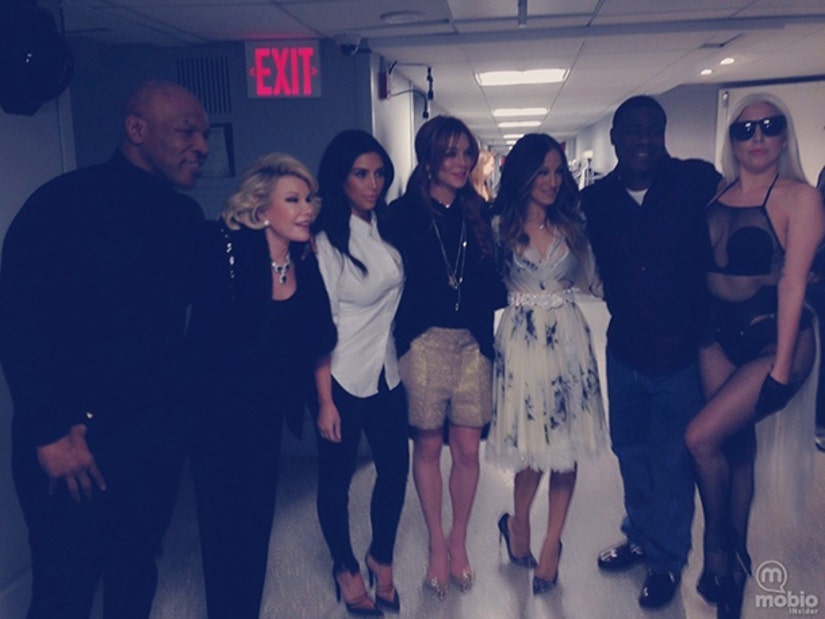 Later in the show, Fallon and Smith unveiled their "Evolution of Hip­-Hop Dancing" video, proving that some of Jimmy's "Late Night" mainstays will continue on his new show.

What did you think of Jimmy's debut? Sound off below!