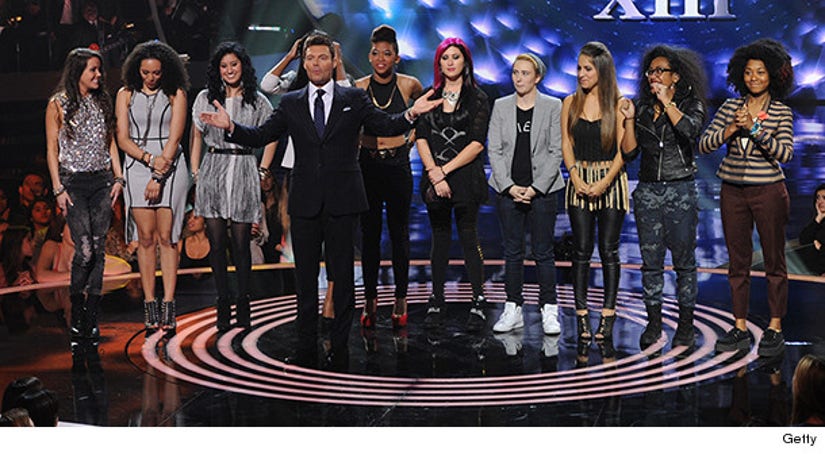 The top 15 girls were supposed to take the stage last night on "American Idol" -- but instead, we were treated to only 10 performances.

Yep, in a shocking (and kind of mean) twist, the judges secretly watched the contestants' rehearsals with Randy Jackson and picked their favorite to perform. The 5 who got the boot didn't know their fate until the end of the episode -- and were eliminated without ever getting to sing.

It was definitely an odd twist and one we can probably expect again when the boys hit the stage tonight.

As for the ladies who actually did get to sing last night, there were only a few standouts.

Check out our favorite three performances below. Do you already have an early favorite?

The 21-year-old sang Pharrell's Oscar-nominated hit while strumming a guitar. She looked and sounded comfortable on stage, with Jennifer Lopez calling it an "easy, breezy" performance.

The teen performed a soulful rendition of the Ray Charles tune, with Keith Urban telling her "You make glasses and braces look cool." The singer got a standing ovation from her fellow contestants and a lot of compliments from the rest of the judges.

With her mom crying in the audience, the show's first openly-gay contestant easily impressed everyone on Tuesday with her version of John Legend's "All Of Me."

It was haunting and subdued, but earned praise from J.Lo for not being too showy. "It's so easy to pick the big singers," said Lopez. "But then somebody comes and you realize that's not what it's about."