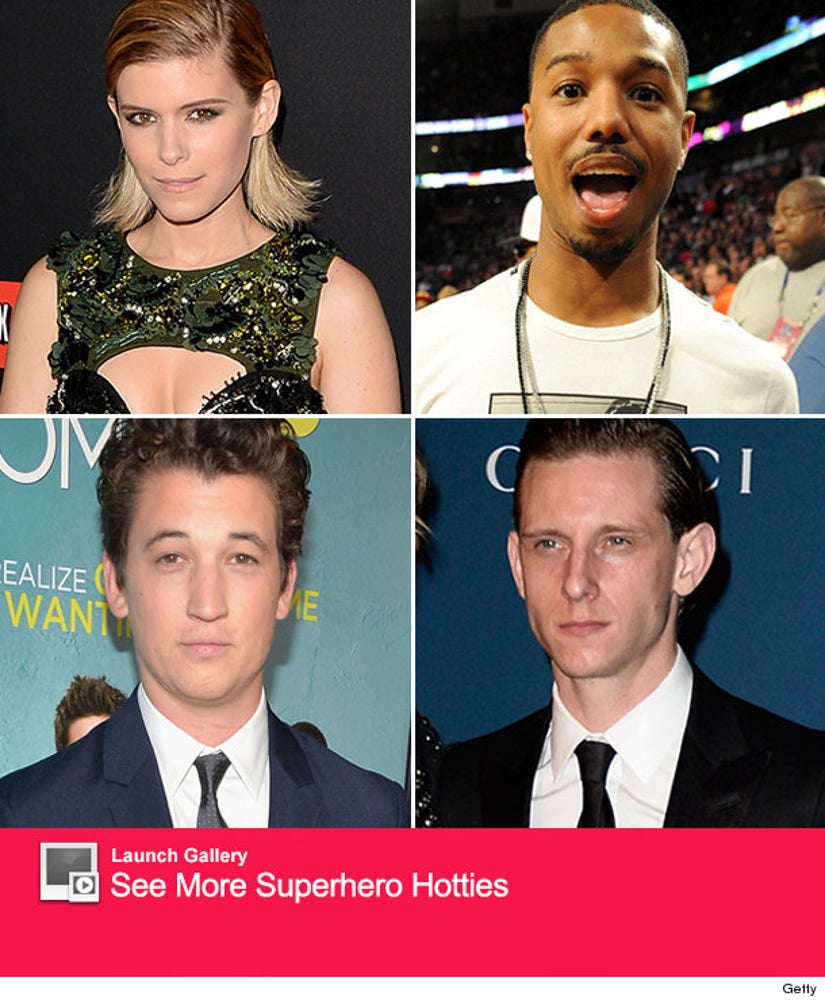 Kate Mara, Michael B. Jordan, Miles Teller and Jamie Bell have all been tapped to star in 20th Century Fox's upcoming reboot of the Marvel comics franchise.

Jordan, 27, has been rumored to play Johnny Storm/The Human Torch for a while now, while Mara, 30, and Teller, 27, recently tested to play Sue Storm/Invisible Girl and Dr. Reed Richards/Mr. Fantastic.

Bell, also 27, is a new name in the mix. He's reportedly been offered the role of Ben Grimm/The Thing.

The movie will be based on "The Ultimate Fantastic Four" comic and will focus on the characters as younger men and women.

No word yet on who will play the villain ... or which one they'll go with.