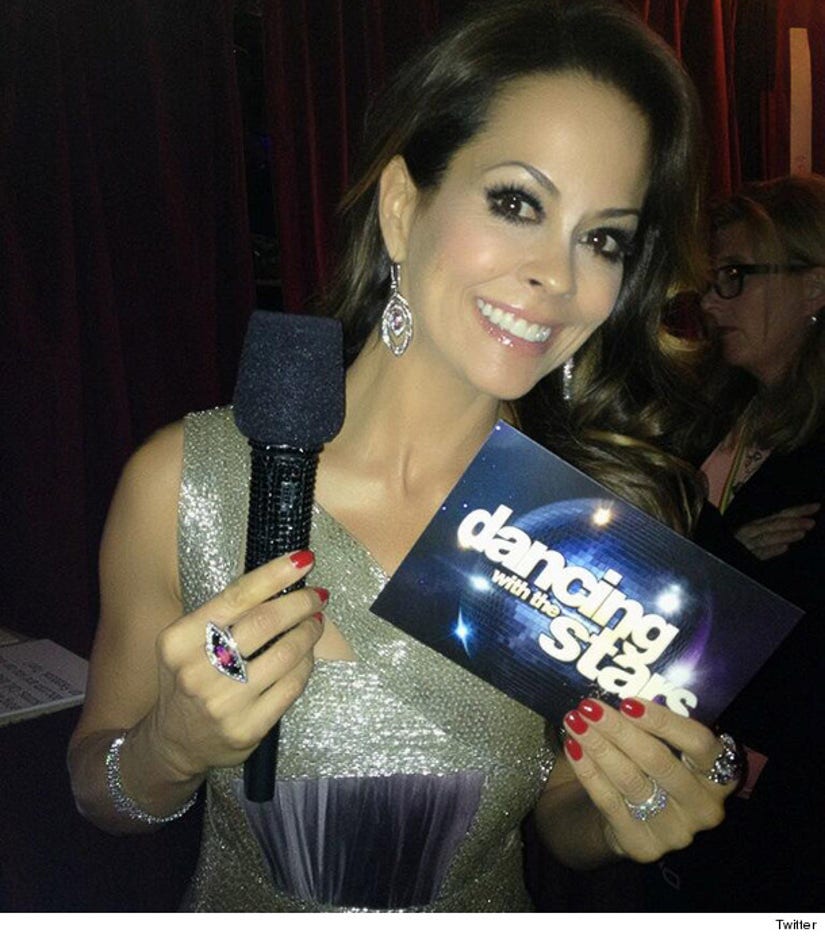 Brooke Burke-Charvet is getting the last laugh after Friday's "Dancing With the Stars" shakeup!

Just two days after the 42-year-old co-host was fired from the hit ABC show, she took to Twitter to joke about her exit.

"Here's the skinny - The show found out Harold Wheeler, the band, Rob & me were putting together our own road show, so they fired us all!" she tweeted.

She later added, "Off to bed with my sense of humor. I was totally kidding Tweeties. Night nite! Sweet dreams."

Burke-Charvet reportedly had no idea her job was on the line, and that ABC informed her about the decision Friday afternoon.

"I have enjoyed seven seasons co-hosting 'DWTS' but understand the need for change considering the position of the show at this juncture," the mother-of-four said in a statement. "I've always been one to embrace change and looking forward to pursuing opportunities I previously wasn't able to entertain because of contractual obligations to the show. I've seen my fair share of shocking eliminations in the ballroom but this one takes the cake."

The brunette beauty first joined "DWTS" as a contestant and won season seven with her partner Derek Hough.

Fox Sports reporter Erin Andrews is set to take over as Tom Bergeron's co-host for season 18, according to Us Weekly.

Are you sad to see Brooke leave the show? Sound off below!