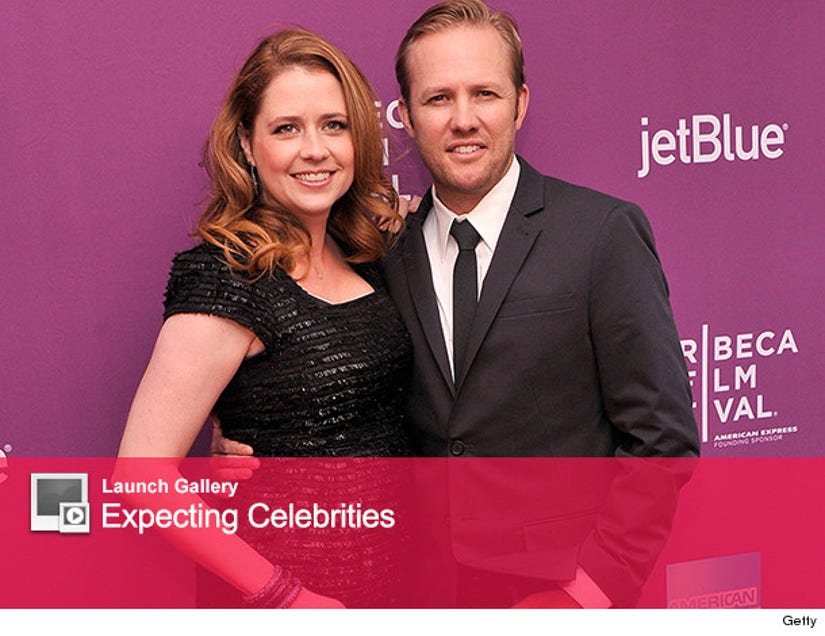 Jenna Fischer is adding to her brood!

"The Office" star is expecting her second child with husband Lee Kirk this summer, her rep confirmed to Us Weekly.

The 39-year-old actress re-tweeted a report of her pregnancy, which sparked a slew of congratulatory messages on the social media site.

The cute couple, who tied the knot in 2010, are also parents to 2-year-old son Weston.

Fischer opened up to People last year about being a mother.

"I had really underestimated what I was capable of because, before I had him, I thought I needed things that I didn't really need," Fischer continued. "I want nine hours of sleep, but it turns out I don't need it! I'm not cranky during the day because...the excitement of being with him and watching him learn and watching him grow and being a facilitator of those things is so joyful."

What do you think of the pregnancy news? Tell toofab in the comment section below, and click "Launch Gallery" to see other expecting stars.