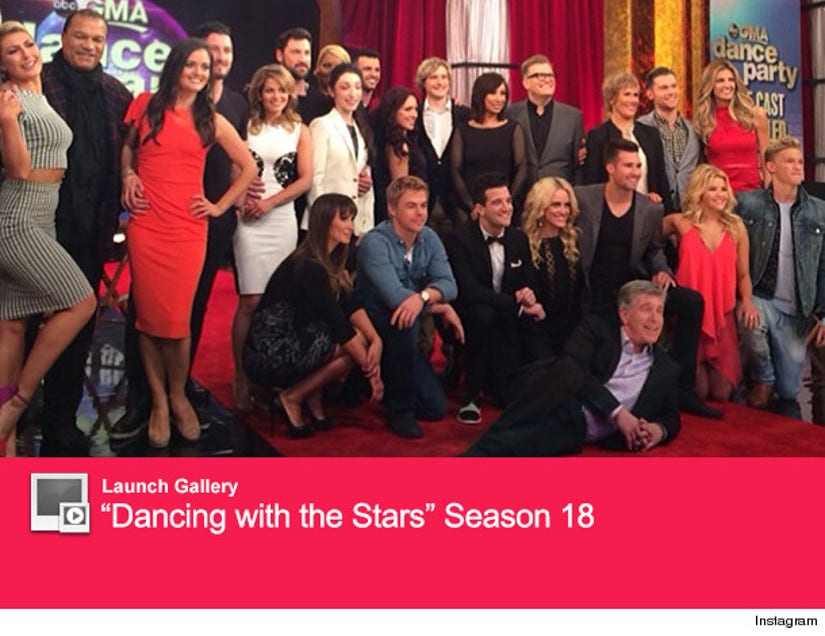 ABC announced the new cast of "Dancing With the Stars" Tuesday morning on "GMA" -- but we got a sneak peek at the list!

And with some classic TV and film stars, a couple familiar faces from reality TV, two pop stars and at least one pair of Olympians, it's definitely an interesting bunch.

There's also a new twist: everybody will switch partners with America voting on the new pairings!

Here are the competitors and their pro partners:

What do you think of this list? Sound off below!