Idina Menzel is officially "Adele Dazeem" -- at least in the program for her new musical, "If/Then."

John Travolta famously flubbed her name while introducing her performance of "Let It Go," calling her Adele Dazeem. Now, the songbird's new Broadway musical has capitalized on the actor's embarrassing moment in a hilarious way.

Theater star Janet Krupin took to Twitter to post a photo of a program announcement, showing a picture of Menzel and the words "At this performance, the role of Elizabeth will be played by Adele Dazeem." 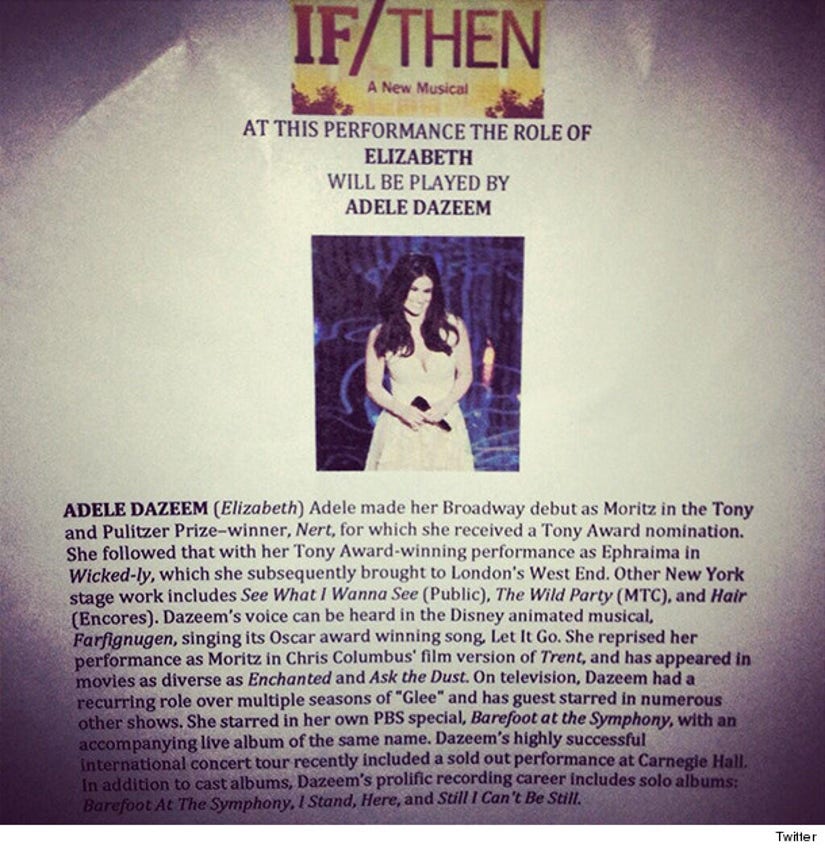 The accompanying blurb also includes a number of screw-ups that only theater geeks will catch -- like messing up the name of "Rent" and her character Elphaba in "Wicked."

The musical's market team also created an ad that was posted to Facebook on Monday with the tagline, "You Know Her Name," beneath a photo of the 42-year-old actress performing the Oscar winning song from "Frozen." 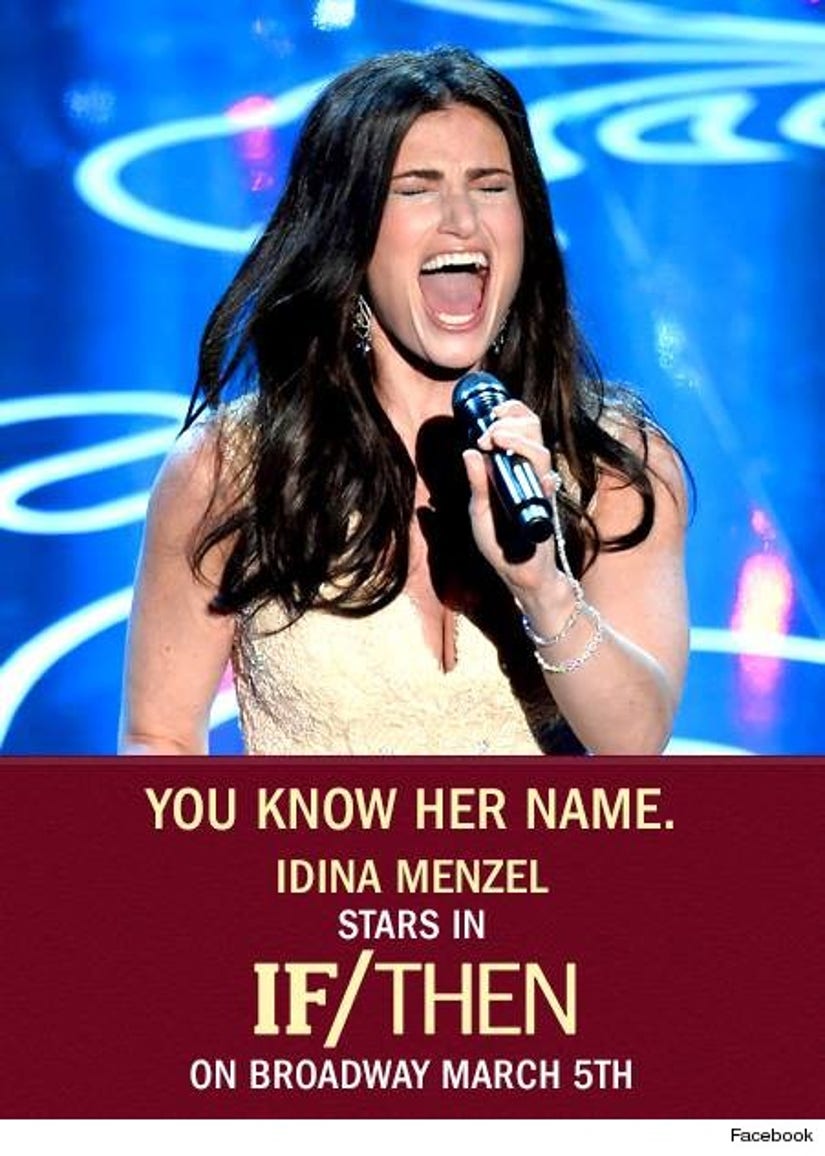 Now, Travolta is speaking about the flub for the first time too.

"I've been beating myself up all day," the "Pulp Fiction" star said in a statement released Tuesday. "Then I thought, what would Idina Menzel say? She'd say, let it go, let it go!"

The actor added, "Idina is incredibly talented and I am so happy 'Frozen' took home two Oscars Sunday night!"

Do you think we should cut John Travolta some slack or do you want the jokes to continue? Sound off below!

Click "Launch Gallery" above to see all the can't-miss moments from the Academy Awards.