Are you ready for "Lindsay?"

It's been over seven months since Lindsay Lohan completed her sixth stint in rehab, and now we're getting our first look into the life of the troubled actress after treatment.

In the premiere episode of the reality series, which will air on Oprah Winfrey's network OWN, the 27-year-old leaves Los Angeles behind for a clean slate in New York City. But, life isn't so sweet for Lilo.

During filming, Lohan backed out of scheduled shoots and didn't follow show schedules, forcing Oprah to step in.

"This is exactly what everybody said was going to happen, and I believed differently," Winfrey says at one point when she hears about Lindsay's erratic behavior.

Later, we see her interviewing Lohan one-on-one. "I really do want you to win. I really do," Oprah says. "If that isn't what you want, I'm OK with that, you know? I will tell these guys to pack up and leave today."

Lohan talks about everything from her emotional recovery process to her run-ins with the paparazzi, admitting that she feels like a prisoner in her own home.

And there's a whole lot more drama in the teaser, including a fight with her father Michael! Check it out above, and click "Launch Gallery" below to see more child stars, then and now. 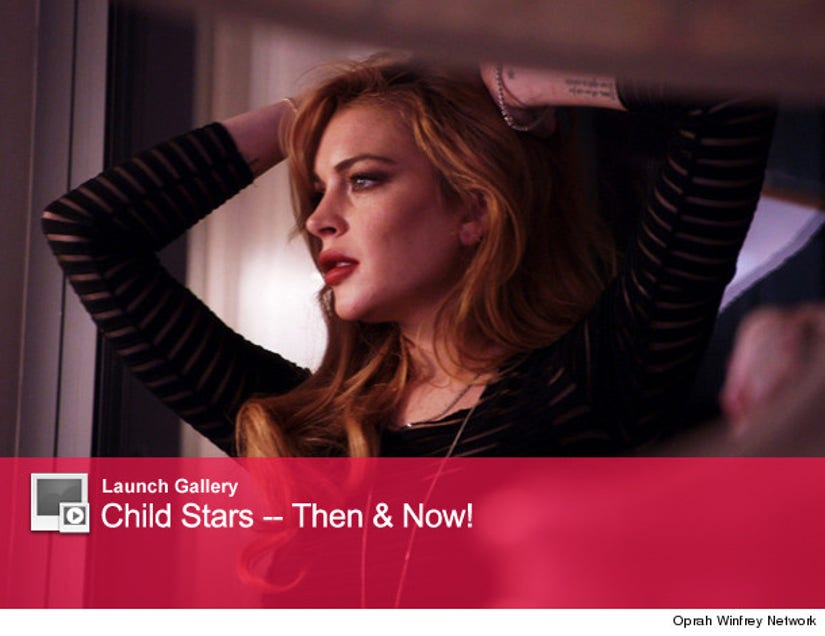