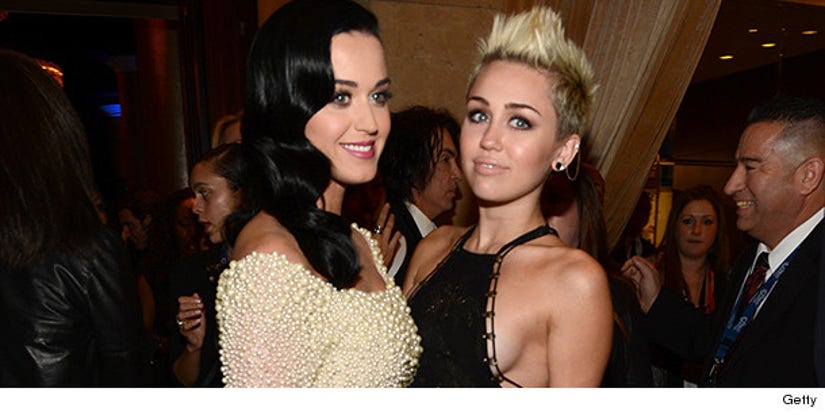 Miley Cyrus just got some sweet revenge on Katy Perry, shading the "Roar" singer after she made a joke at Miley's expense during a recent TV appearance.

While doing an interview with an Australian morning show earlier this week, Katy was asked why she denied a makeout session with Cyrus at a recent concert.

"I just walked up to her to give her a friendly girly kiss," Perry explained. "She tried to move her head and go deeper and I pulled away. God knows where that tongue has been!"

Well, apparently Miley wasn't too thrilled with the remark -- and took to Twitter today to diss both Katy and her ex-boyfriend, John Mayer.

Girl if ur worried abt where tongues have been good thing ur ex boo is ur EX BOO cause we ALL know where THAT 👅 been pic.twitter.com/IO6KwRzw2y

Touche! We think Ms. Cyrus may have just won this war of words, right?

Now can you two just kiss and makeup? No tongue necessary.