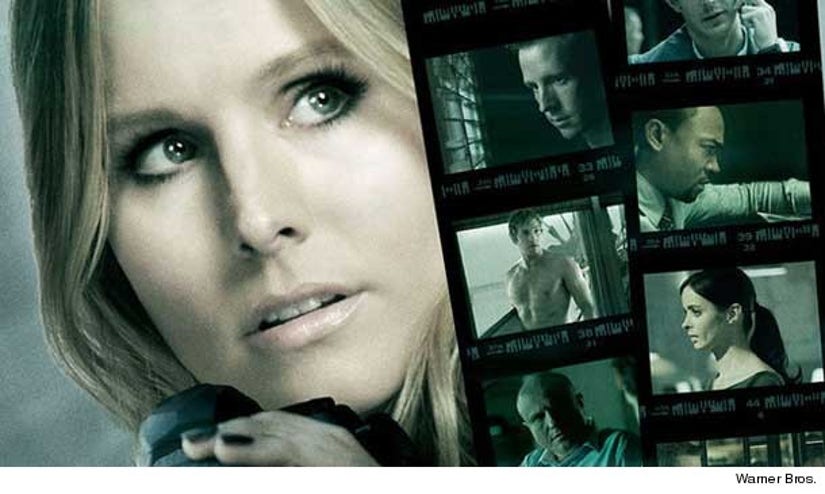 A long time ago, "Veronica Mars" and I used to be friends.

The series, about a teenage private investigator played to perfection by Kristen Bell, was never the hit it deserved to be -- but was an incredibly entertaining three seasons of TV.

There were rumors of a movie almost immediately after its cancelation, with creator Rob Thomas pushing hard to do a film spinoff showing the title PI heading to the FBI.

And while that version of the flick never happened, fans will be more than happy with what Thomas came up with for the little Kickstarter campaign that could.

The film just made its big premiere at SXSW in Austin, Texas on Saturday -- and, as a big fan of the original series, I can say that you won't leave disappointed.

The new movie picks up 10 years after Veronica and Co. graduated from high school, and starts with a nice recap of the series that should catch up anyone who never watched the show.

Veronica is contemplating a job at a big fancy law firm in NYC, where she lives with boyfriend Piz (Chris Lowell). And though she has sworn off investigating after alienating too many of her friends, something pulls her back in the seedy underworld of Neptune, California.

That something: Logan Echolls.

Logan is accused of murdering his pop star girlfriend and calls his ever-reliable ex for help. She, being Veronica Mars, can't resist and heads home to hop on the case. The murder conveniently coincides with her 10 year high school reunion, meaning everyone gets some screen time -- Wallace, Mac, Dick, Gia, Weevil and even Madison Sinclair, they're all here!

After all these years, Bell and Jason Dohring still have incredible chemistry together. Their scenes together are sure to infuriate any Veronica-Piz shippers (do they exist?), as their characters have an undeniable attraction to each other.

And with Logan sporting a white military uniform after joining up, he's very hard to resist.

Then there's the other man in her life: Dad Keith Mars.

The father-daughter relationship was always one of the best things about the show and it's still very much intact for the film. While their banter may be witty as ever, it comes with a heavy dose of realism and love. Enrico Colantoni is amazing, 'nuff said.

The movie is full of cameos, "fan service" moments and throwback references to the series, which may alienate "Veronica" virgins a little. But the crowded theater full of Marshmallows lapped it all up -- and were already willing to throw down money for a sequel.

FYI: I attended the screening with one of those virgins, and while he didn't LOVE it, he still enjoyed the film. So, there's definitely something there for the uninitiated as well.

Much like the reunion in the film, it was great to check back in with some friends I haven't seen in a while. Hopefully it's not another 7 years until we see each other again!