"The Bachelor" has given out his final rose, but is he engaged!?

In the end, Juan Pablo Galavis' final choice was between hairstylist Clare Crawley and pediatric nurse Nikki Ferrell. So, which lucky lady got the final rose? Nikki.

The 32-year-old hunk didn't get down on one knee, but he told Nikki that he still wanted to be with her.

Her response to being offered the final rose, but not an engagement ring? "Absolutely."

While the couple is still together, things got very awkward on "After the Rose" when Nikki revealed that Juan Pablo hasn't said "I love you," which host Chris Harrison couldn't seem to wrap his head around.

But, that wasn't the most awkward part of the finale. Runner-up Clare's departure was just as uncomfortable.

"I appreciate you being here and trusting me all along," Juan Pablo told Clare. "But I have to follow what I think is best for me. I'll have to say goodbye to you."

Clare did not take the news well.

"This entire time I've stuck around because I believed in you," she said, fighting back tears. "I needed that reassurance [on our date last night] and I gave you that opportunity right then."

Clare was alluding to an off-camera moment during the pair's last date, when Juan Pablo said he barely knew her at all.

"He told me that he really doesn't know me and then said some sexual thing," Clare said the night before. "It was insulting and it made me feel awful. The words he used…I can't even repeat it."

Wow, what an ending!

What did you think of "The Bachelor" finale? Were you surprised by Juan Pablo's pick? Sound off below, and watch the final rose ceremony above!

Click "Launch Gallery" below to see your favorite "Bachelor" and "Bachelorette" couples, after the show. 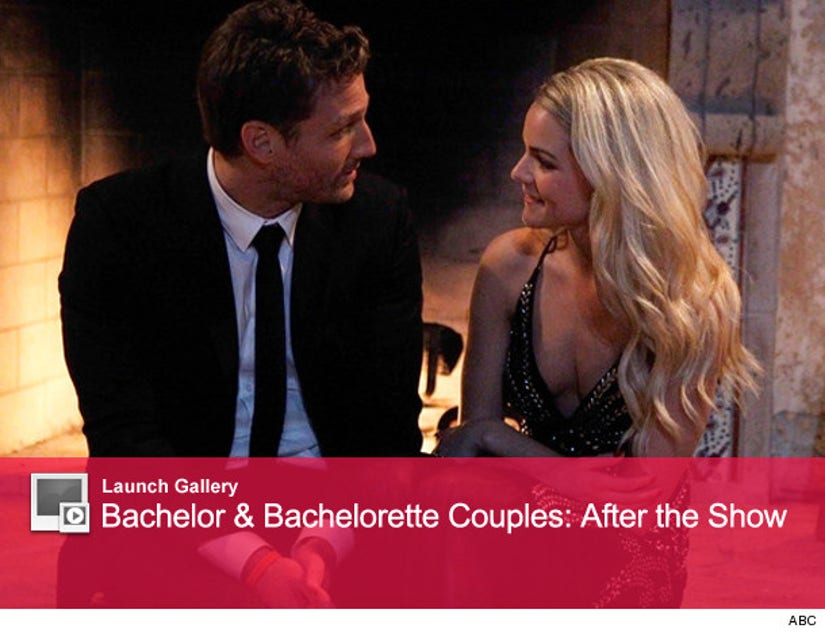