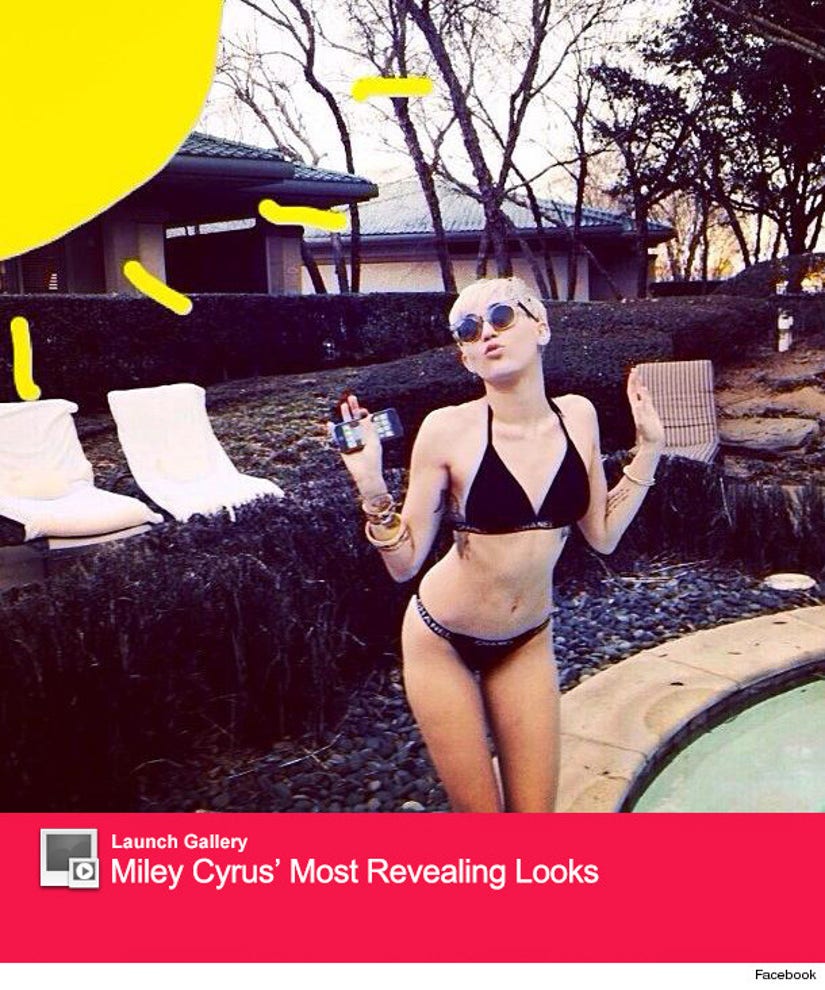 Miley Cyrus is showing some skin on and off stage.

While her Bangerz tour costumes leave little to the imagination, the singer proved she still loved putting her bod on display when she's on her down time too.

"Dallas hoes," she captioned the picture above -- which shows her making duck lips while posing by a pool in a skimpy Chanel two-piece bikini. Cyrus is in town to play the American Airlines Center tonight, before heading to Tulsa, Oklahoma.

And all these revealing outfits ... and her wild partying reputation ... may be behind this other tweet she sent out last night:

Why can't I ever just feel good. I feel like I've had a cold since October.

The bikini shot comes just days after the sported a similar look during a performance, hitting the stage in her underwear after she missed a costume change.

"I didn't make my quick change and I couldn't not come out for the song so I just had to run out in my undies," she tweeted after the incident.

The crowd didn't seem to mind too much.

Check out more of Mileys' risque outfits in the gallery above.