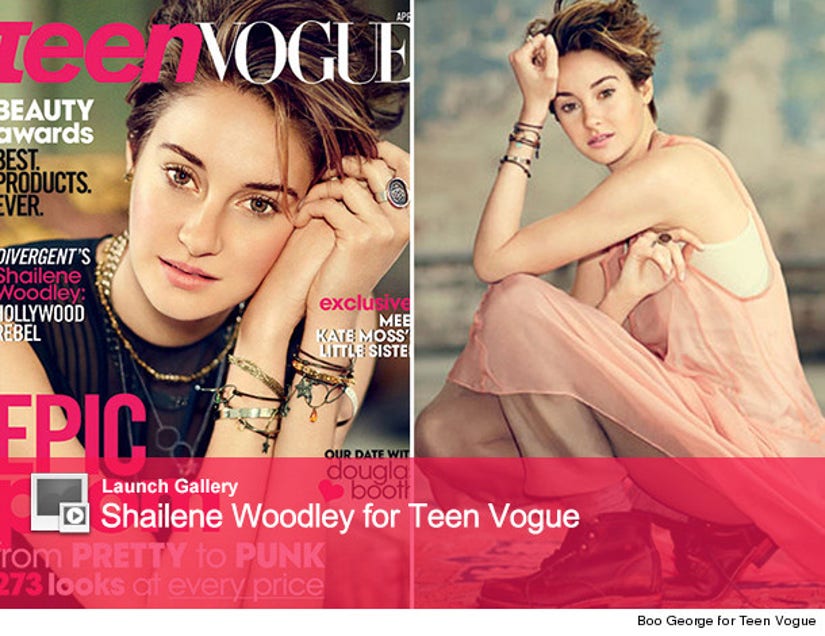 The romance between Edward Cullen and Bella Swan in the "Twilight" series kept millions of people hooked for years -- but Shailene Woodley isn't a fan!

The "Divergent" star graces the cover of the April issue of Teen Vogue, where she slams the YA book trilogy for portraying a "toxic" relationship between the lead characters.

"Twilight, I'm sorry, is about a very unhealthy, toxic relationship," Woodley tells the mag of the romance between Kristen Stewart and Robert Pattinson's characters. "She falls in love with this guy and the second he leaves her, her life is over and she's going to kill herself! What message are we sending to young people? That is not going to help this world evolve."

The actress also explains why she didn't ride the wave of Hollywood success following her hit role in "The Descendants" alongside George Clooney.

"After 'The Descendants,' everybody was like, 'You've got to ride the wave!' And I was like, 'You ride the wave and it eventually crashes on the shore. That doesn't work out! I'm going to just sit here and paddleboard'," she says. "I didn't do a movie for two years because I didn't read anything that was inspiring to me."

And she, like many before her, has struggled with dealing with studio execs.

"I was once told by a studio that I needed to make my look more cosmopolitan, that I needed to create a persona," she admits. "I looked at them and said, 'You just told me I wasn't good enough to be myself. And that is not OK.'"

What do you think of her candid comments? Tell toofab in the comment section below, and click "Launch Gallery" above to see more from her Teen Vogue photo shoot!