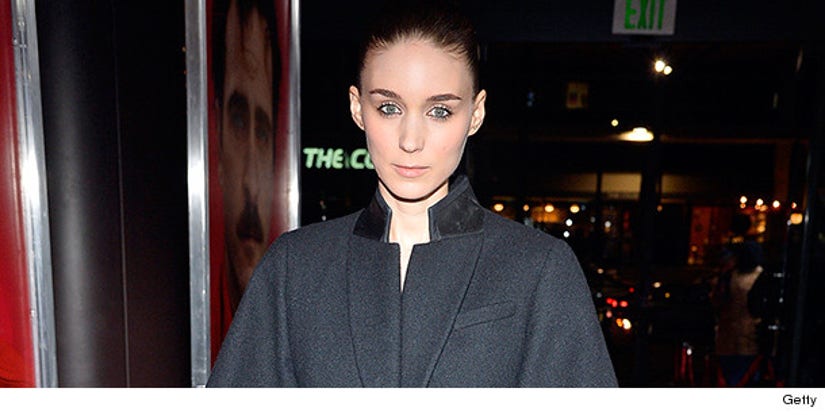 Did Hollywood learn nothing from "The Lone Ranger"?

The movie is described as an "origin" tale for the title character and will costar Garrett Hedlund and Hugh Jackman.

According to Variety, the film's world is "multi-racial/international -- and a very different character than previously imagined."

So far, the casting doesn't seem all that "multi-racial" though, and critics have been quick to call out Rooney's role in particular.

FYI: The actress is of Irish, German, Italian and French-Canadian descent ... and, at least to our knowledge, not Native American.

Here's a sampling of the backlash below:

Chill out, you guys. They had to cast Rooney Mara as Tiger Lily because there aren't that many Native American actresses because genocide.

Rooney Mara is playing Tiger Lily in the new Peter Pan movie. WB, you aren't even trying anymore, are you? Are you freaking kidding me?

Rooney Mara as Tiger Lily is the new Michael B. Jordan as Johnny Storm. That didn't take long.

It's cool that Rooney Mara is playing Tiger Lily cause Mara is borderline CLEAR and T-Lily is a Native American...

Rooney Mara has been cast as Tiger Lilly in a new Peter Pan film. Were all the Native American actresses busy? Excellent whitewashing there!

Well. I'm moody and 50% more Native American than Rooney Mara, so maybe *I* should be Tiger Lily? https://t.co/urFMWmxagp

Now that I think about it, Rooney Mara TOTALLY looks Native American. #sarcasm Hollywood still in the 1950's. #whitewashing

I'm sorry, because I like and respect Rooney Mara, but would it have been THAT difficult to cast a Native American as Tiger Lily? #Pan

Have respect for Rooney Mara but what a missed chance to cast a Native American #pan https://t.co/JPvoVZAiGw"

I'm waiting for Rooney Mara's Native American great-great-grandmother to conveniently show up in the mix.

Johnny Depp faced similar criticism when he was cast as Tonto in "The Lone Ranger."

While nobody is saying Rooney is a bad actress, is she right for the part? Sound off below!