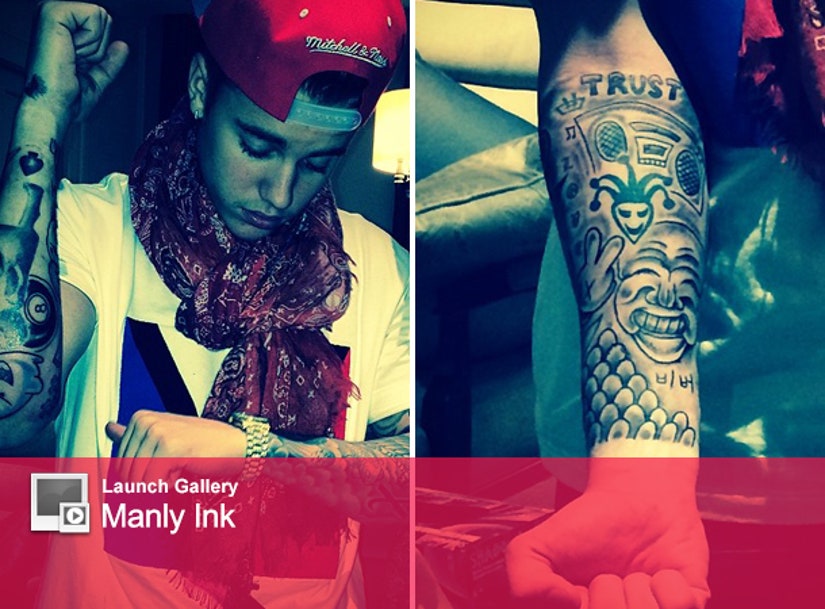 Justin Bieber is taking a break from getting inked!

The singer shared a series of snapshots on Instagram Tuesday, showing off his most recent tattoos.

The 20 year-old posted pics of a new sleeve tat that consists of an animated boom box, a court jester, a grinning face, and what appears to be a Mario Brothers ghost.

"Done with tats 4 a while... Where I wanna be," Bieber wrote alongside an image of his inked-up arm. 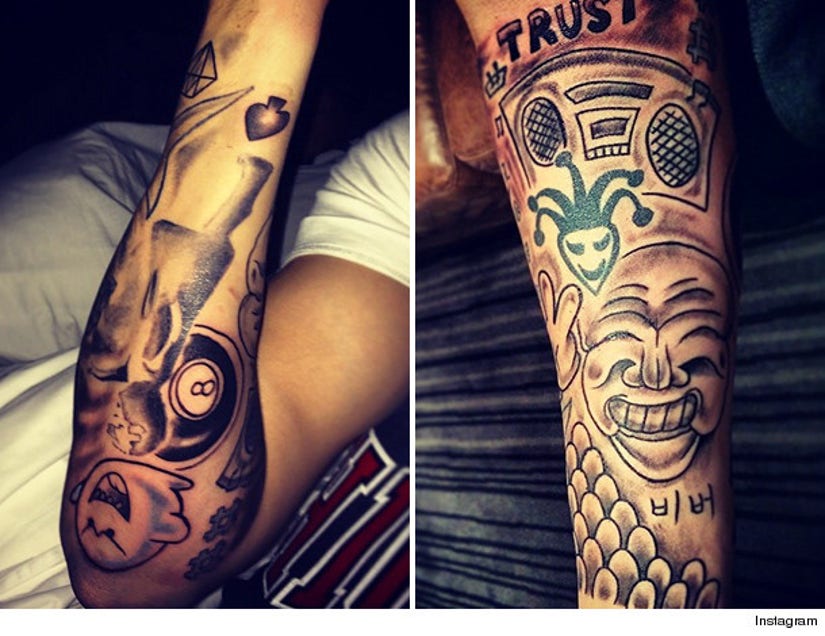 It seems that the "Boyfriend" crooner has finally reached his tattoo limit. In addition to covering both arms, the walking work-of-art also has tats on his torso and legs.

Considering the amount of ink on his body, it's probably best that the Biebs is done with tats … otherwise he might run out of room.

What do you think of his new tattoos? Tell toofab in the comment section below, and click "Launch Gallery" above to see more manly ink!