After months of traveling around the world, Beyonce finally wrapped the Mrs. Carter Show World Tour on Thursday night at MEO Arena in Lisbon, Portugal.

The "Love On Top" singer has performed more than 100 concerts since she first took the stage on Apr. 15, 2013 in Belgrade.

Queen Bey broke down onstage when she spoke to fans about her time on the road.

"I want a [spotlight]. I want them to see me," she told the crowd. "If you all don't know, tonight makes 132 shows. Tonight is the last show of the Mrs. Carter Show. We started a year ago and I want to say this has been such a journey. In the past year, we've been through so much together. The Super Bowl, shooting the videos, all of these shows. When I first started the tour, my baby was not even walking yet. I just want you to know that I am so lucky."

In the year since Beyonce hit the road, she released her surprise, platinum-certified self-titled album, celebrated her fifth anniversary with her husband Jay Z, and made stops in four continents, selling out shows in major cities across the globe.

"I just want you to know that I am so lucky," the 32-year-old beauty said, beginning to cry. "I'm giving y'all an ugly cry. Thank y'all again. Thank you for allowing me to have a career. And when I fall, you lift me up. When I'm hungry, you feed me. And I just want to give you my light. I dedicate this song to you guys."

Check out the video above to see Beyonce's emotional speech, and click "Launch Gallery" below to see more of her best moments ... so far! 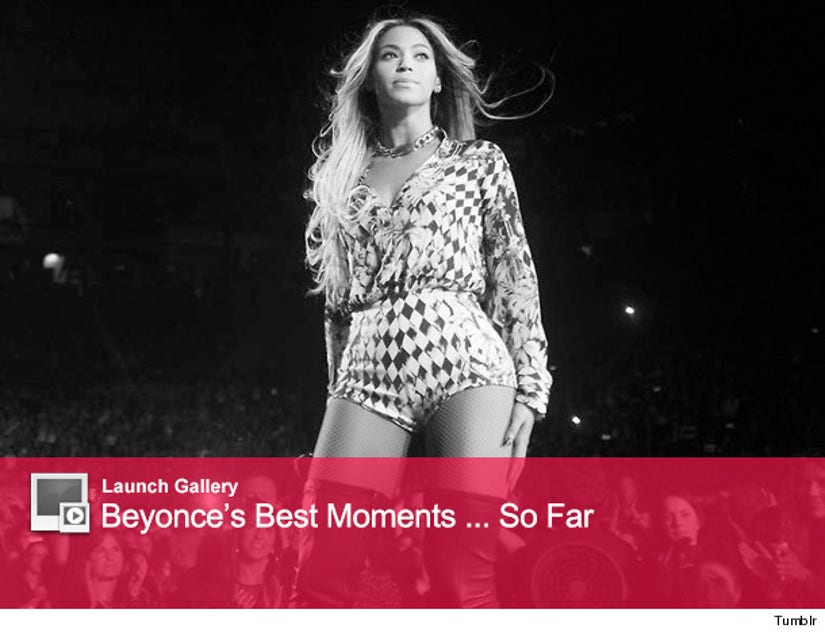