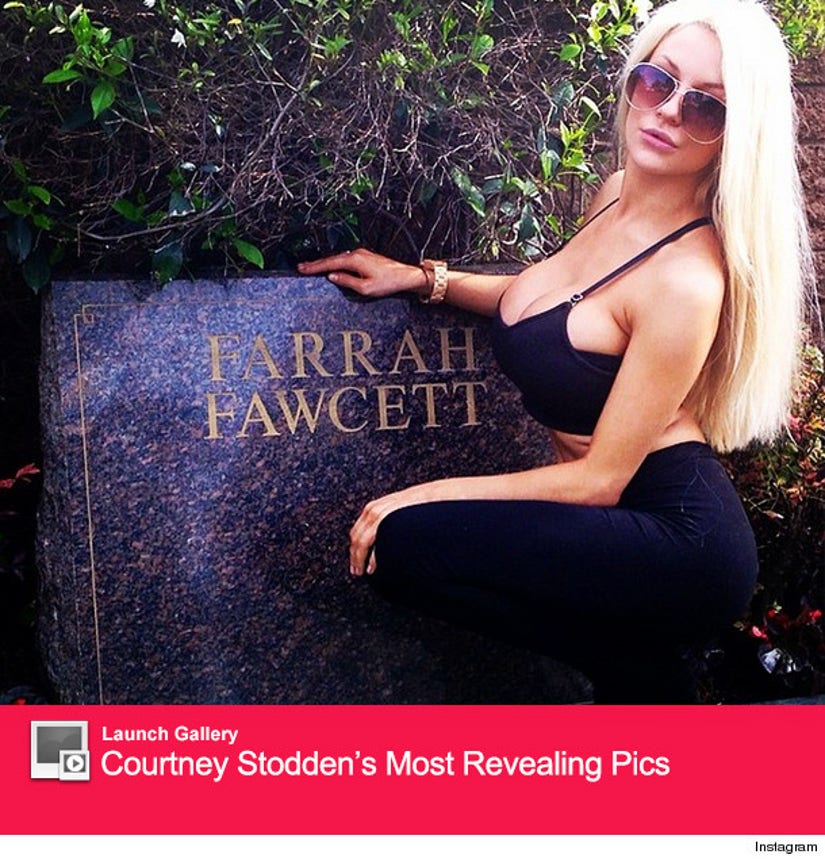 Well this is just bizarre.

Courtney Stodden put on her most revealing sports bra and went to Westwood Village Memorial Park Cemetery on Saturday, where she took some sexy selfies with a bunch of celebrity gravestones -- including Eva Gabor, Farrah Fawcett and Marilyn Monroe.

"RIP Farrah Fawcett #blondebombshell," she wrote about her photo with the "Charlie Angels" star's tombstone. 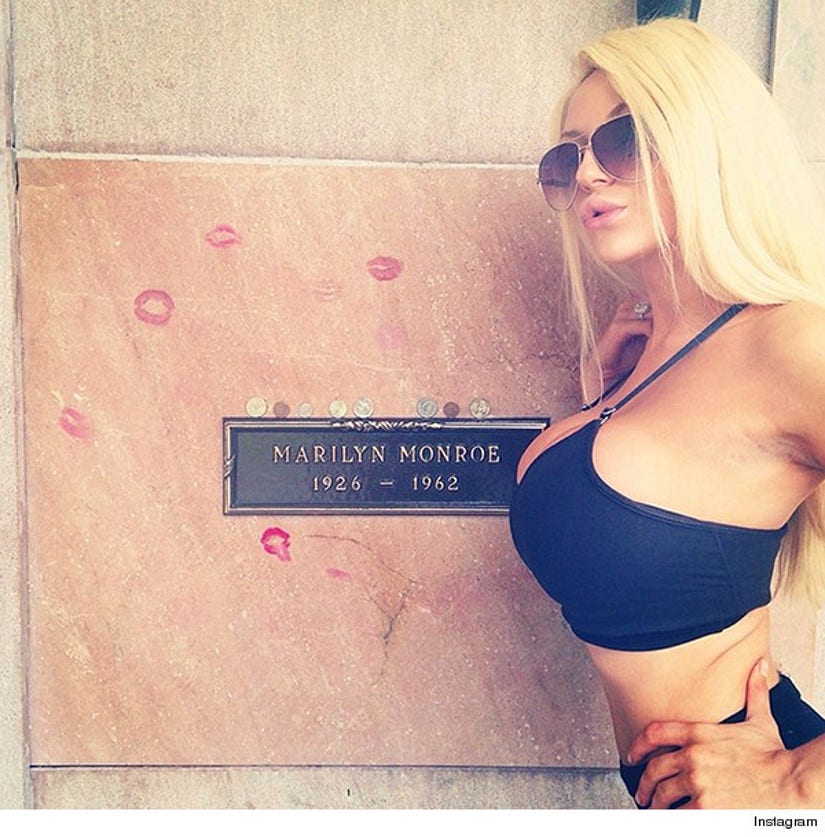 "Marilyn Monroe - a beautiful icon. May you #RIP forever," she said of her shot with Marilyn's crypt, which is covered in kisses from visiting fans.

We're guessing one of those marks is from Stodden herself. 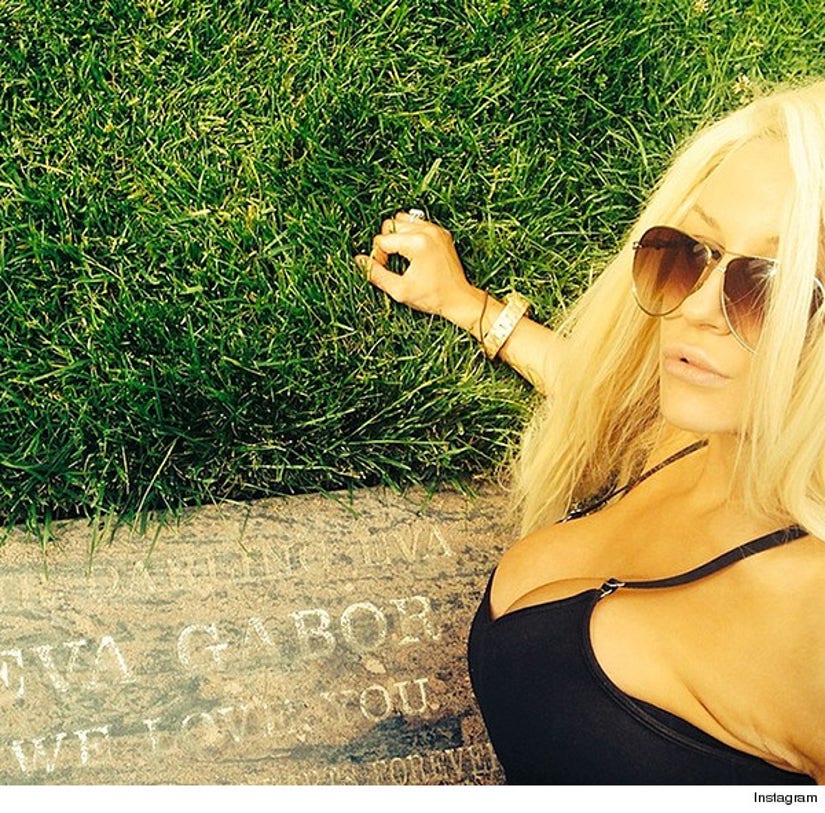 For all three photos, the 19-year-old reality TV star put her surgically enhanced chest on display while making some serious duck lips for the camera.

See more of her sexy TwitPics in the gallery above.