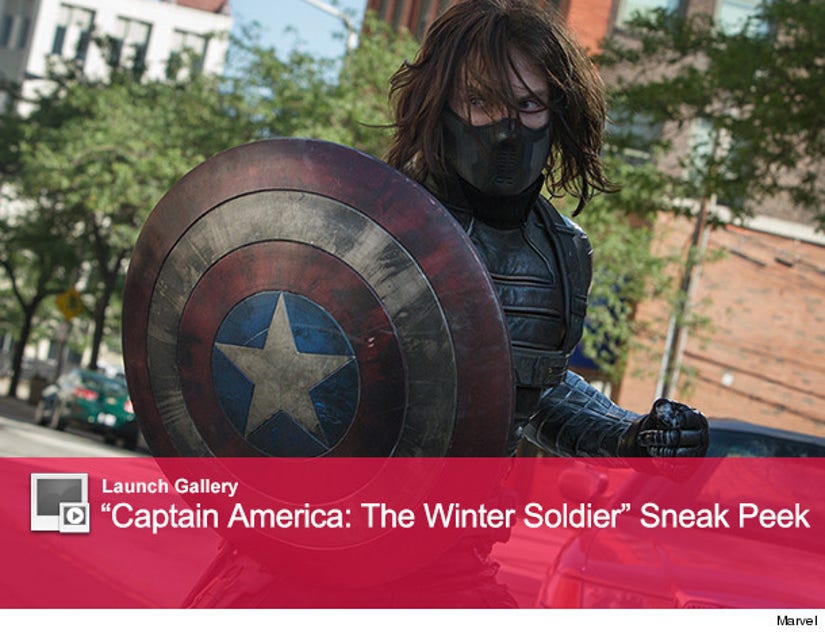 Bucky Barnes has gone to the dark side!

Sebastian Stan returns as Captain America's BFF in "Captain America: The Winter Soldier," but he's got a whole new look and one baaaaad personality.

Though he was presumed dead after the events in "The First Avenger," Barnes reappears in the present day as a ruthless, brainwashed assassin with a bionic arm.

toofab's Brian Particelli sat down with Stan before the film's US premiere, where they talked about his return to the Marvel Cinematic Universe, picking up the fast-paced fight choreography, and, most importantly, who had the best hair flip on set.

"Listen, in that department I think Black Widow's got everybody beat," Stan says with a laugh. 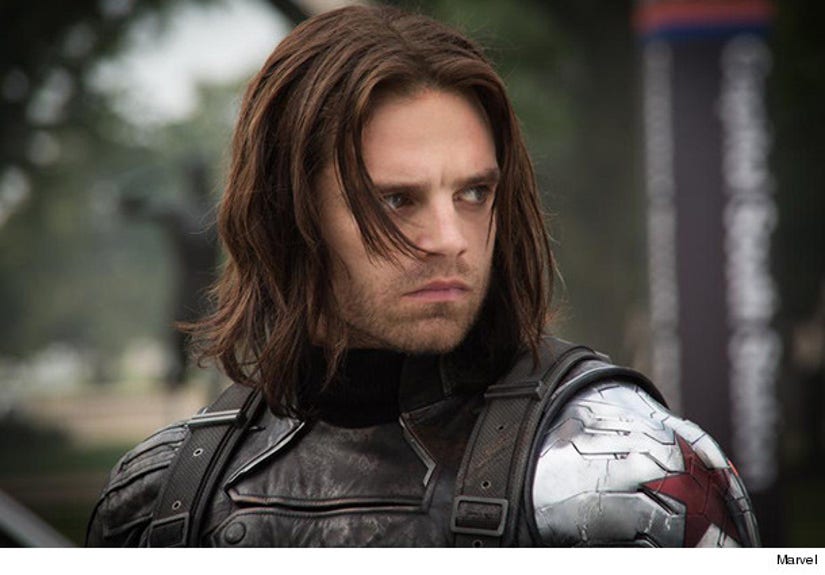 "Pretty much all of it was mine and it was a lot," he adds, talking about his mane in the flick. "I actually kept a lot of it for a couple months afterwards for as long as I could. I felt like a whole other person and sometimes you want that."

It's true, he looks like a totally different person in this movie -- sporting a costume straight out of the Marvel comics.

"Thank God I actually have a cool costume and it's not like a weird one," says Stan. "It helped everything because it was just such a transformation for me. There's a little kid thing about it, because you're like 'Wow! You guys really took this off the page!'"

The 30-year-old actor says he didn't find out his character would return until two years after "The First Avenger," though he thinks Marvel head honcho Kevin Feige probably knew "maybe a week after the first one came out."

He tells toofab he has a "really good time" playing this character -- and loved doing the fight scenes for this sequel.

"We had excellent stunt guys and they were amazing; they choreographed everything," he says of the epic hand-to-hand combat. "It's hard, you have to have patience, but it's only time that really gets you to get it."

"We got hurt a lot," he adds. "You saw some of the sets that we were on. There were metal bars and things and I ran into them so many times [and hurt] my ribs. We all got hit and banged up pretty well."

And while he didn't share any fight scenes with the actor, Sebastian says working with Robert Redford on the flick was incredible.

"It was kind of surreal because you're sitting there kind of going like, 'Wow, look who I'm sitting across from," but it was just so nice that there was such a rapport in the way he carried himself," says Stan.

"He treated me like his equal no matter what and was actually working with me," he adds. "At his age and after everything he's gone through, that's a really cool thing."

Another cool thing: Getting his own action figure!

"Well, I had to approve of it, so I have seen one and I know there's a few," he says of the toy version of himself. "It's very surreal. Very strange."