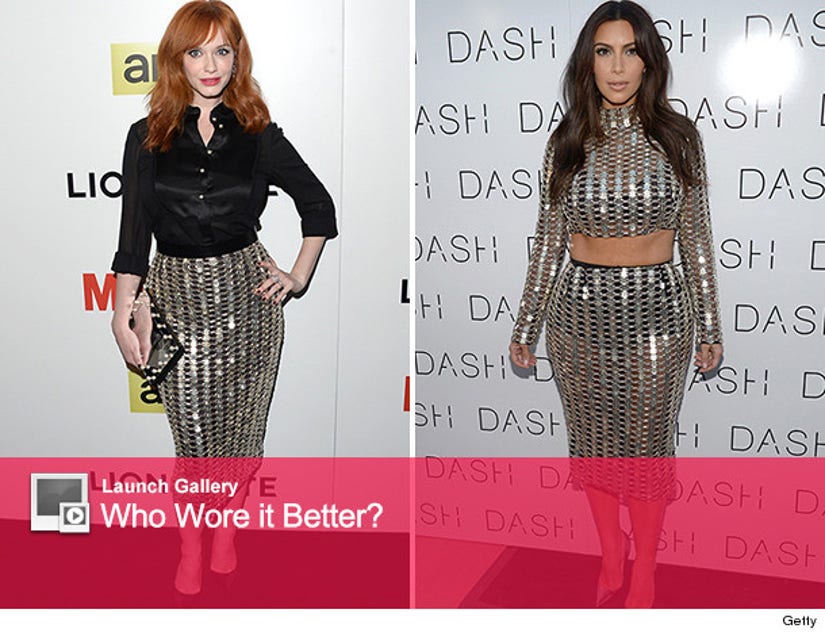 This is one skirt we never thought we'd see again!

Kim Kardashian made headlines back in March when she stepped out to the opening of Dash in Miami wearing a chainmail skirt and matching crop top. The reality TV star was criticized for looking uncomfortable in the heavy get-up -- and slammed for wearing nothing but underwear underneath the see-through ensemble.

But now, Christina Hendricks put her equally voluptuous physique into the same skirt -- and rocked it in a totally different way.

The actress sported the Wes Gordon creation to the Season 7 premiere of "Mad Men" on Wednesday, but opted for a more conservative look.

Hendricks paired the skirt with a black blouse and, unlike Kim, wore a black lining under the chain mail.

The "Mad Men" star finished off her look with black heels, while Kardashian went with silver.

So ... who wore it better? Let us know by voting in the gallery above!