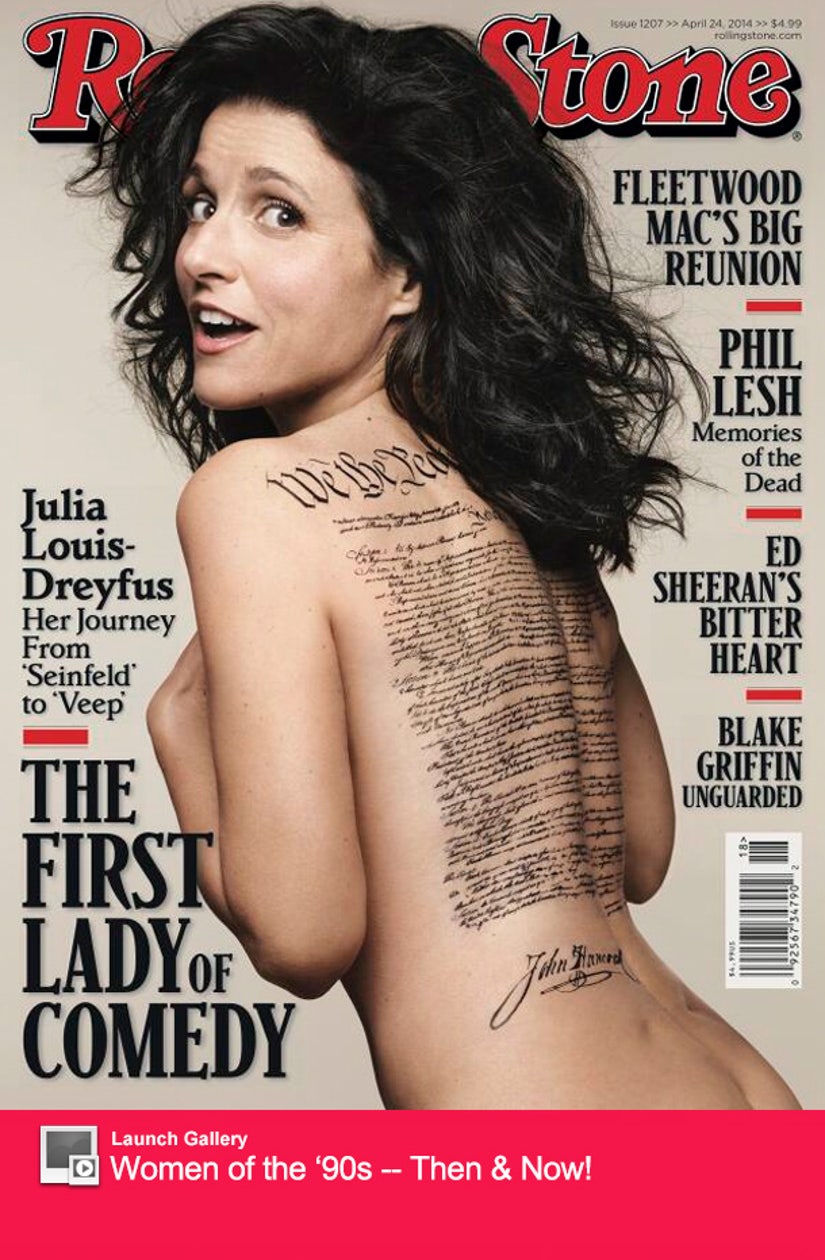 The Vice President just got butt-naked -- and, thankfully, we're not talking about Joe Biden.

"Veep" star Julia Louis-Dreyfus stripped off all her clothes for the brand new cover of Rolling Stone, where she's seen flashing a little booty and a whole lot more while sporting a giant tattoo of the United States Constitution on her back.

"In my defense, 'I was in a drunken stupor,'" she tweeted about the extremely revealing cover, which calls her "The First Lady of Comedy."

As someone who's been in the business for quite some time now, the former "Seinfeld" star opens up about some of the hurdles facing women.

"There is sexism – I'm not denying its existence," she tells the mag. "But I'm saying that I will deny its effort against me. I just pay it no nevermind and say, 'Get out of my way."

She also spoke out about meeting the real life VP at a recent dinner.

"He loves to tell stories, and I'm a good listener," she says of Joe Biden. "I loved that dinner. There was no cynicism, just a very earnest jubilation about being there."

And, as anyone who's ever tried Googling her name knows, the actress is rumored to have a huge net worth thanks to her dad Louis Dreyfus -- something she says is not the case.

"I've been attached to that," she says of the rumors, clarifying that it's her father's business that's valued in the billions. "It's unbelievable, because whatever I do, people just assume it's true. Welcome to the f**kin' Internet!"

Well, this cover spread will give the Internet something new to talk about for a little bit, right?

Check out the gallery above to see how more famous women of the '90s have aged -- do they all look as good as Julia?