Gisele Bundchen is showing off her pipes!

The stunning supermodel recorded a cover of Blondie's classic hit, "Heart of Glass," for H&M's upcoming summer campaign -- and we're getting a glimpse of her singing chops.

The Brazilian beauty posted a preview video on Instagram Thursday, writing, "Here I am again... new song with @bobsinclarofficial and @hm, soundtrack for the summer. Out soon, hope you like it!"

In the clip, the former Victoria's Secret ﻿angel is strutting in a bikini as her own soundtrack plays, and she also takes fans inside the recording studio with producer DJ Bob Sinclair.

"I never in a million years thought that I would record a song and to work with a producer like Bob," the 33-year-old model told WWD.

Even though it may seem out of character for Gisele to hit the recording studio to belt out Blondie songs, it's really not that strange.

She recorded a cover of "All Day and All of the Night" by The Kinks for H&M's campaign last fall. So, she's got a history of covering rock hits.

The summer ad campaign and music video will debut in May, but check out the video above for a sneak peek!

What do you think of Gisele's singing skills? Tell toofab in the comment section, and click "Launch Gallery" below to see her sexiest shots. 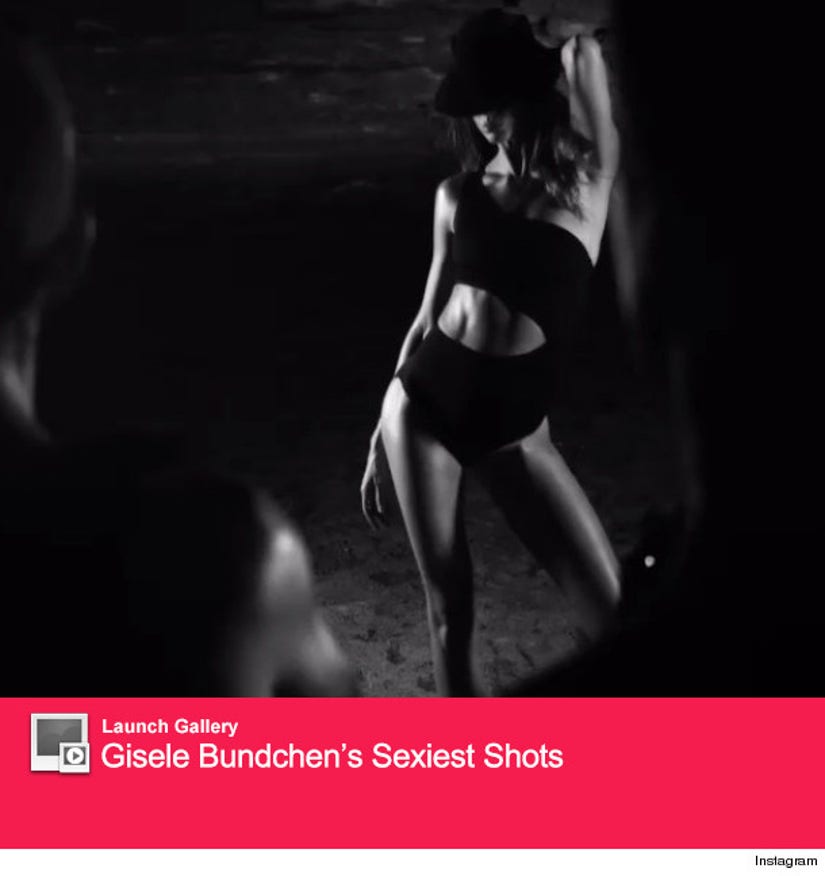