The Disney Channel has released the first teaser for the upcoming sitcom "Girl Meets World," and fans will get to see a new side of high-school sweethearts Cory (Ben Savage) and Topanga (Danielle Fishel).

The TGIF spin-off will pickup years after "Boy Meets World" ended, with Cory and Topanga now-married and living in New York along with their little girl Riley (Rowan Blanchard).

toofab's Rachel Hoffman caught up with Rowan and her adorable costar August Maturo at the Despicable Me Minion Mayhem and Super Silly Fun Land opening at Universal Studios Hollywood on Friday to find out what it's like to work with our favorite on-screen couple.

"It's been pretty incredible. Ben and Danielle are my favorite people," Roman gushed. "Ben's the funniest person I've ever met, and Danielle is the sweetest, most down-to-earth person. Together, they're adorable!" 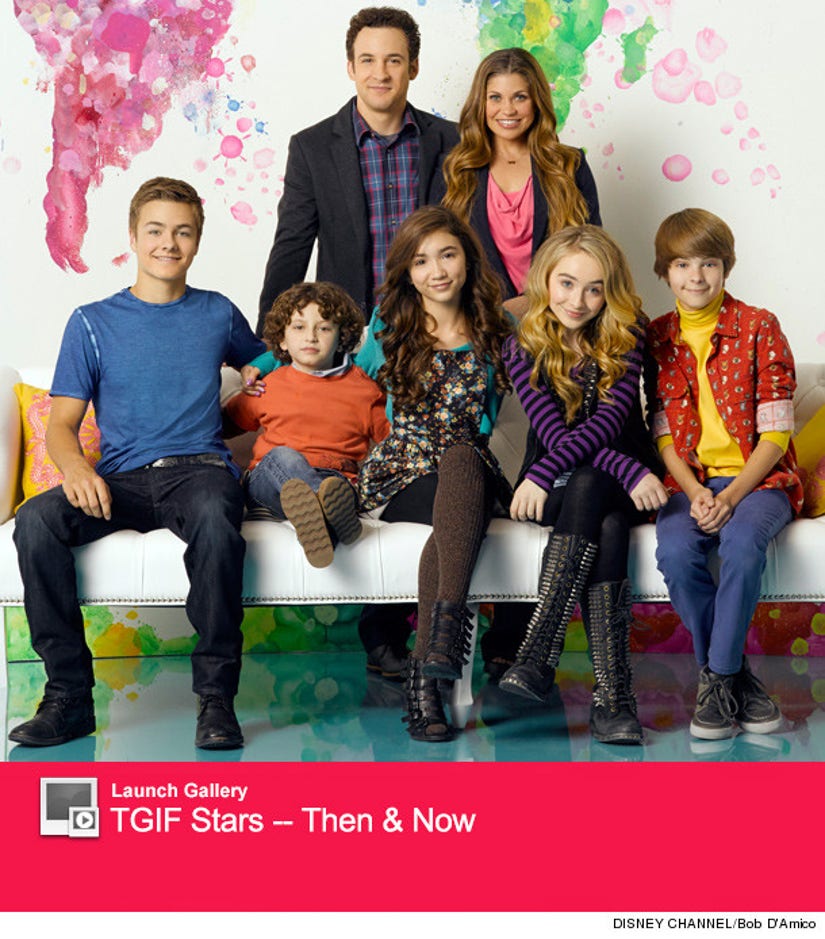 The 12-year-old starlet also talked about how she's different from her character. "Riley is extremely quirky," she explained. "I think I'm a little bit more sarcastic than her, but we're also similar because they brought things that I do into the character."

Check out the video above to find out August's favorite movie villian and learn how he got his start in Hollywood!

While you will definitely fall in love with these cute kids, fans of the iconic '90s series can expect to see some familiar faces pop up on "Girl Meets World" as well.

Rider Strong, who played Cory's BFF Shawn, and Betsy Randle and William Russ (aka Cory's awesome parents) will stop by for a special holiday episode. William Daniels will reprise the role of Mr. Feeny in the pilot episode, and Lee Norris will return as Minkus.

Watch the trailer for "Girl Meets World" below to meet the new Matthews family, and click "Launch Gallery" above to see more TGIF stars, then and now!