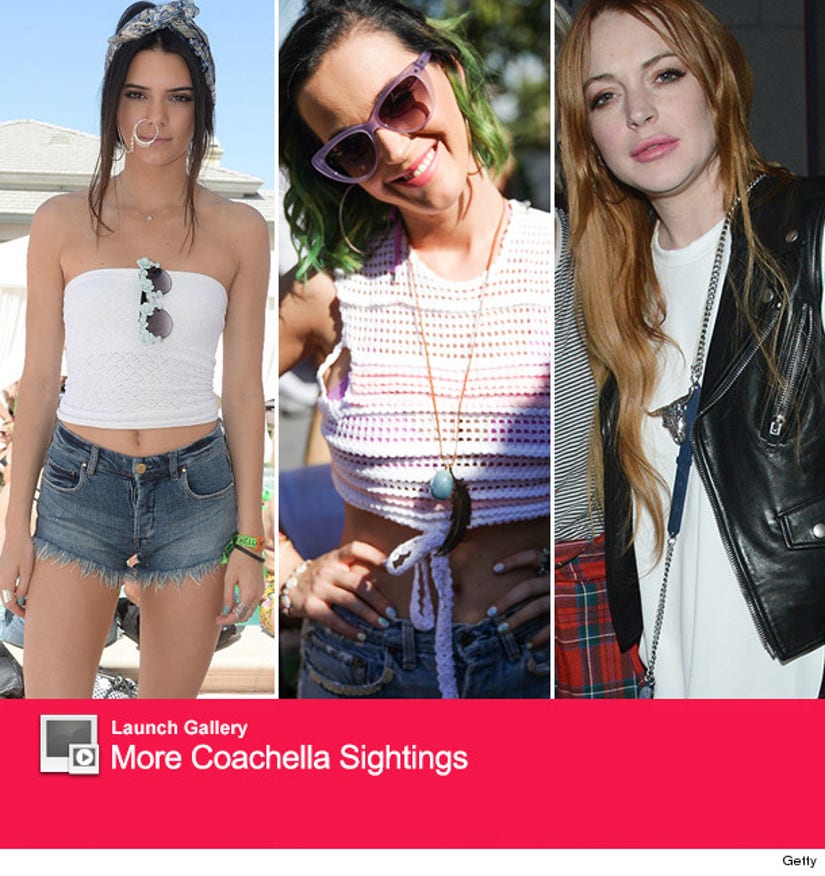 The MTV Movie Awards may have been in Los Angeles this weekend -- but most of the biggest stars were sweating it out in the desert!

Weekend One of the Coachella Valley Music and Arts Festival went down in Indio, California from Friday through Sunday night ... and it was packed with celebs there to enjoy the concerts, pool parties and swag suites galore.

And some stars were rocking some very interesting fashions.

Kendall Jenner sported not one, but two bizarre looks while attending the festival.

On Sunday, she attended the Lacoste Pool Party wearing short shorts and white top -- but paired the look with a GIGANTIC nose ring that connected to her ear. Earlier in the weekend, she was seen walking around the fair grounds in a long black lace dress and had a bindi on her forehead.

Over at the Heineken House, Scott Eastwood had the best fashion moment of the weekend -- by taking off his shirt and showing off his hot bod. Kellan Lutz did the same at the Abbot + Main Pool Party. Thank you for your shirtlessness, boys!

And on the fairgrounds themselves, we saw some interesting looks from Vanessa Hudgens, Katy Perry, Kesha, Paris Hilton, Beyonce, Lindsay Lohan, Jared Leto and even Michelle Pfeiffer!

Check out all the sightings above. We'll be following the action again this coming weekend for round two!