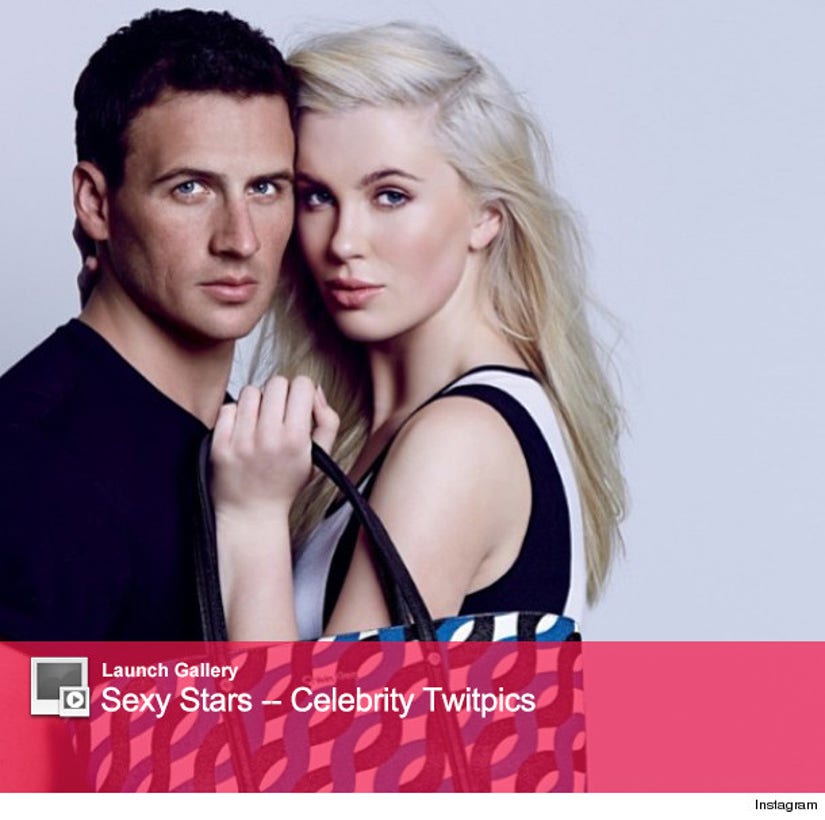 The 18-year-old model shared a series of snapshots from the photo shoot on Instagram, giving us a sneak peek at the classic collection.

In one pic, the blonde beauty is posing with the Olympic swimmer, resting her hand on his neck as she holds onto a black-and-blue Calvin Klein tote bag.

In another pic, she is jumping in the air in front of an American flag, rocking a chic black-and-white sleeveless top, fitted black pants and flat sandals. 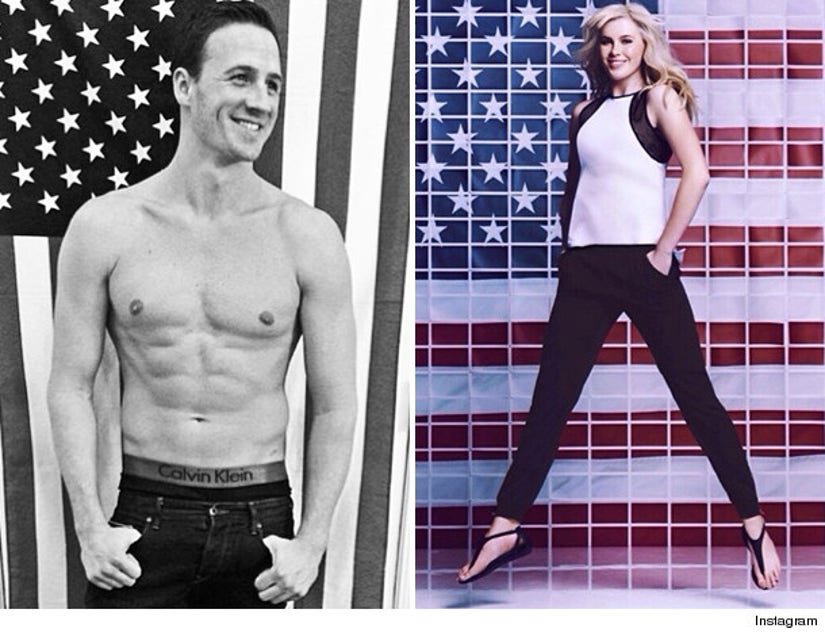 The hunky athlete also posted a pic from the shoot, showing off his rock hard abs in a pair of Calvins.

"Proud to be All-American in #mycalvins, and honored to partner with @CalvinKlein @Macys #americanicons," he captioned the sexy shot.

The dashing duo seemed to hit it off on set!

"Ryan is a natural," Ireland told People. "He is so hilarious and kind. He made the shoot so easy and fun." "I had the best time on set," Ryan added. "She's a lot of fun and it didn't feel like work."

So, how long until Ryan took off his shirt?

"Ryan got shirtless right away — as he should!" Baldwin gushed. "He didn't really give me any tips because I was squeezing my abs trying to get like him."

Maybe their on-set chemistry will lead to something? We'll have to wait and see!

What do you think of their campaign ads? Tell toofab in the comment section below, and click "Launch Gallery" above to see more sexy stars.