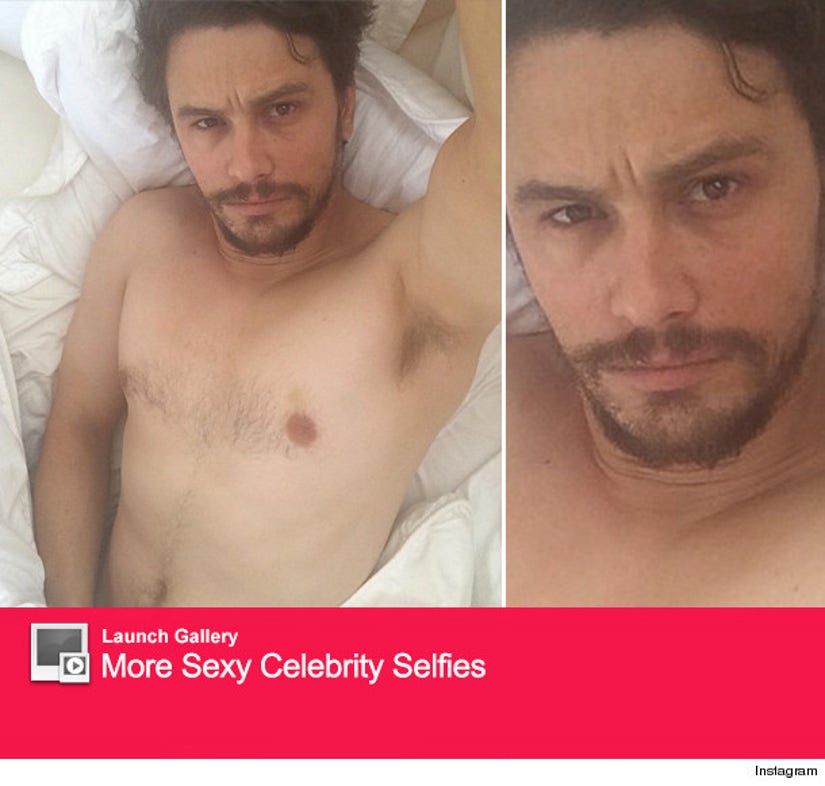 James Franco is still a show off.

Despite making headlines for hitting on an underage girl using Instagram earlier this month, the actor is still drawing attention to the social networking site for some pretty racy reasons.

Over the weekend, James decided to post another of his infamous bed selfies ... and this one is pretty suggestive.

Seemingly wearing nothing, Franco can be seen relaxing in the sheets, one hand holding the camera and the other mysteriously out of frame. "WTF HAPPENED? I was waiting for you!!!!!", he captioned the pic.

We don't know what's going on with Franco these days, but if it leads to more photos like this, we're O.K. with it!

Check out more sexy celeb selfies in the gallery above.