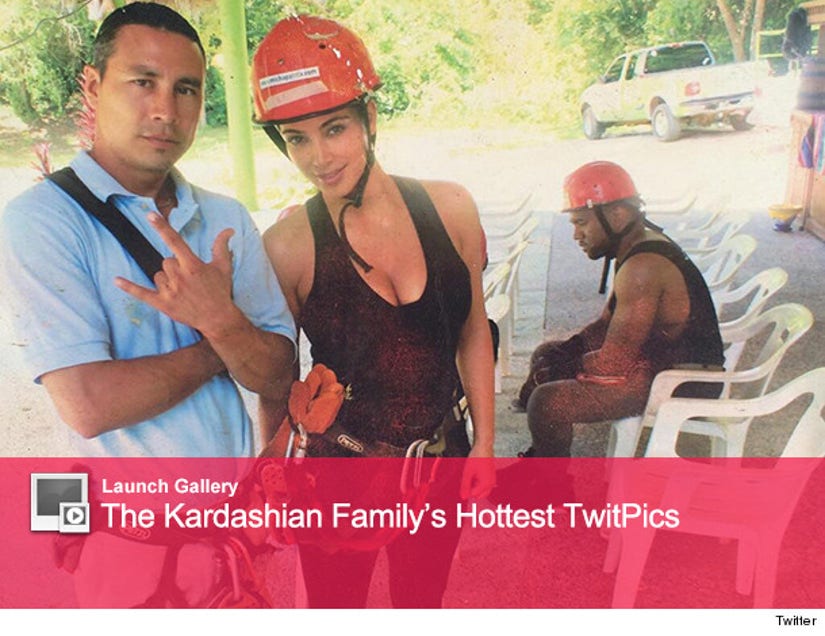 Why are you so sad, Kanye!?

There's a new sad photo of Kanye West that we can add to the Internet's popular obsession with collecting images of the hip hop star looking less-than-cheerful.

The silly snapshot of the rapper surfaced on Reddit Thursday. In the photo, the rapper is looking very depressed as he rocks a bright red helmet outside a zip-lining office in Mexico. The juxtaposition of his fiance Kim Kardashian, who is sporting a huge grin, makes the pic particularly hilarious!

Fans took to Twitter to comment on the new image, writing, "He looks like a kid who got dragged somewhere on a family vacation who just wants to back to the hotel and play his gameboy."

We have to agree with that one!

This isn't exactly a new expression for the 36-year-old rapper, who is known for his scowl. He even has inspired a Tumblr page that features nothing but pictures of the sad star.

What do you think of the new pic? Tell toofab in the comment section below, and click "Launch Gallery" above to see more of the Kardashian family's hottest TwitPics!