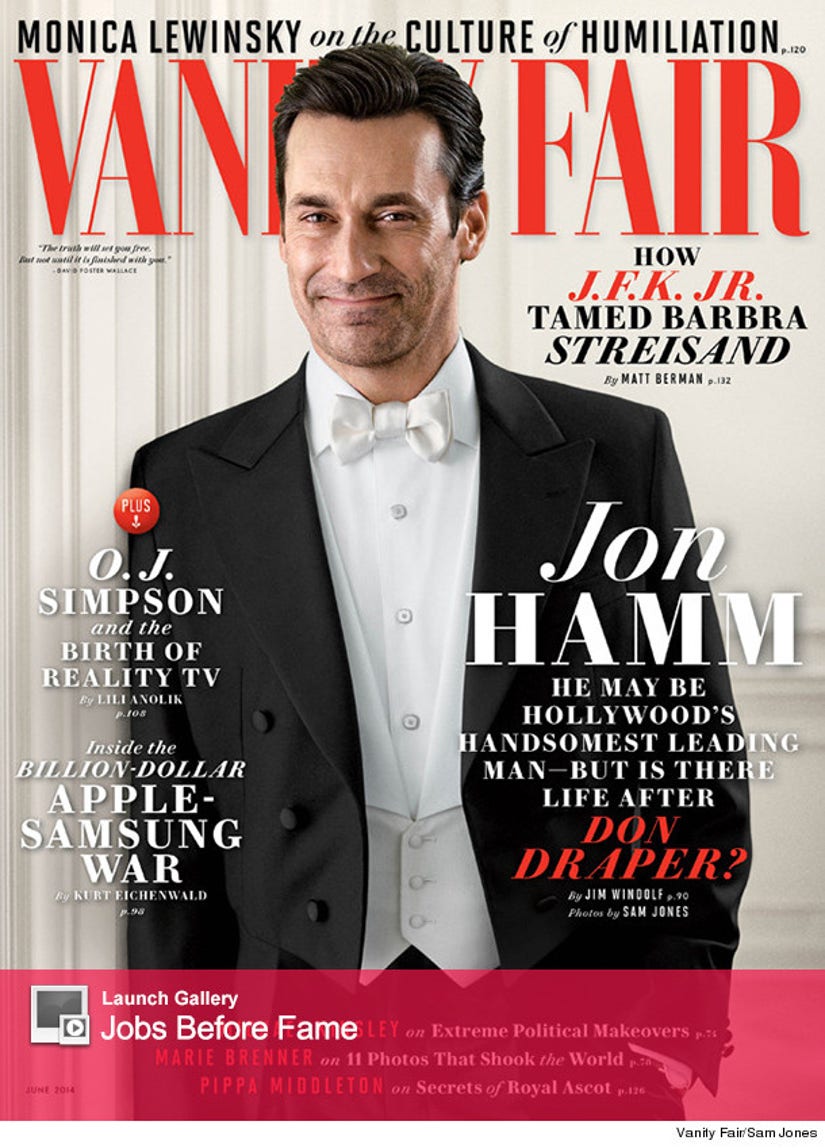 Jon Hamm is airing his dirty laundry -- well, sort of!

The "Mad Men" star covers the June issue of Vanity Fair, where he's reminiscing about his tough time as a struggling actor.

The 43-year-old hunk addressed the recently resurfaced video of his 1996 stint on "The Big Date," revealing that the show came at a low point for him in his career.

"I was actually at that time working as a set dresser for Cinemax soft-core-porn movies," he says, admitting the experience "was soul-crushing."

While he had a rough start, the actor landed his breakout role as "Mad Men's" Don Draper in 2007, and he's grateful to play such a complex character.

"This is the best job I've ever had and maybe ever will have in my life—it's so fun to play all of this," he tells the mag. "It can be relentlessly dark. It can be terribly sexually inappropriate, is a way to say it. But who else gets a chance to do any of that stuff? There's so much there."

The AMC show's creator, Matthew Weiner, often stays mum when it comes to details about the show's future, but Hamm knows what's coming.

Check out Jon's full interview in Vanity Fair, on stands May 8, and click "Launch Gallery" above to see more of your favorite stars' first jobs.