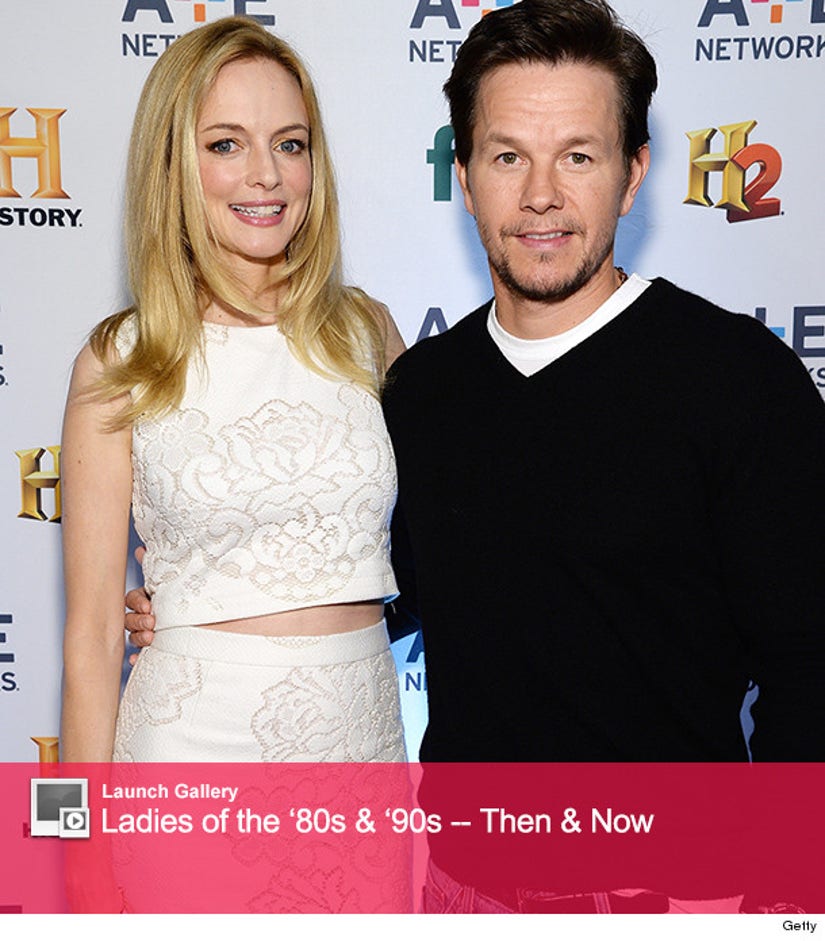 She'll always be Roller Girl to us!

Heather Graham and Mark Wahlberg had a "Boogie Nights" reunion at the A+E Networks Upfront event on Thursday night in New York City.

The 44-year-old actress showed off her fit figure in an embroidered white two-piece ensemble, which she paired with pointed nude pumps. The actor opted for a more casual look, sporting a classic black sweater and jeans.

It's been 17 years since these two starred together in the 1997 film about California's pornography industry during the late 70's.

The actor/director has certainly become a big name in Hollywood -- he's taking the lead in the new "Transformers" ﻿movie and has a new reality TV show on A+E, "Wahlburgers," which follows his brother and Boston chef, Paul, and their family's experience running a hamburger restaurant business.

The blonde beauty has a role in the upcoming Lifetime TV movie, "Petals On The Wind," the sequel to "Flowers In the Attic" premiering on May 26th.

How do you think Heather and Mark look now? Tell toofab in the comment section below, and click "Launch Gallery" above to see more of your favorite ladies of the 80's and 90's, then and now!