Afters months of speculation about her pregnancy and engagement, the "Jupiter Ascending" star is opening up about her personal life during an appearance on "The Ellen DeGeneres Show" Friday.

"Congratulations," Ellen DeGeneres says. "Now you hid it for a while. "I mean, you got away with it for a long time."

"I did," Kunis admits. "We were actually able to hide it for a very long time. I know. It's amazing."

The expecting mom plays coy when the talk show host asks about her due date. "Some time this year. I promise you," she teases. "It will be this year." 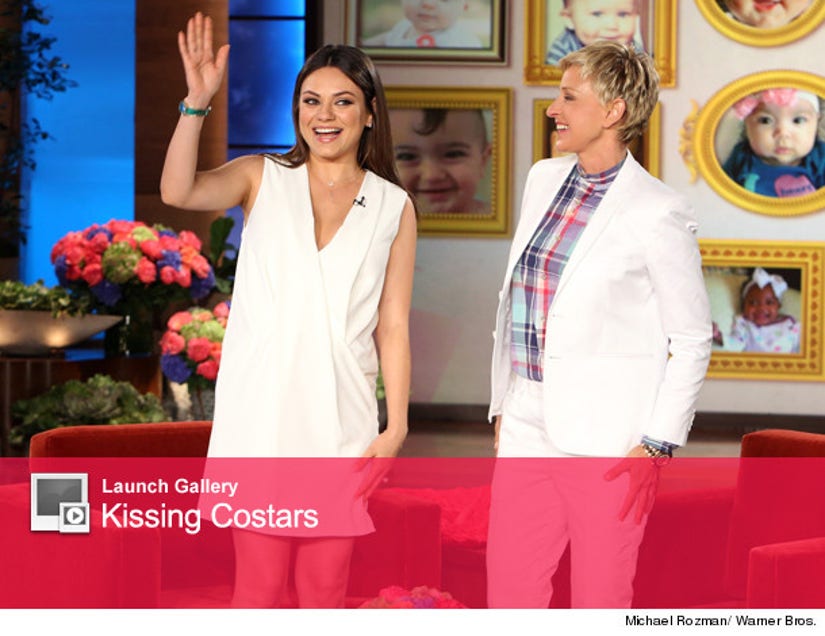 So, does the actress have any crazy cravings?

"I'm very stereotypical. I eat sauerkraut all day long. Here's the truth," Mila reveals. "Because you're from the Ukraine, right?" DeGeneres asks. "I guess so," the "Friends With Benefits" star replies. "This is the worst craving to have because sauerkraut smells and so every time you open up a jar it just reeks in the whole kitchen...It's not like ice cream where everything smells lovely."

The "That 70's Show" alum also reveals that she's planning a natural birth. "Are you going to do it at home?" DeGeneres asks. "We thought about it. We watched a couple of documentaries and we looked into the like the midwife aspect of it and things and spoke to my OB/GYN and realized that the hospital that I'm going to be laboring in does a midwife, you know, doula type of thing, and so I'm gonna do it as all natural as I possibly can unless that there's an emergency or something that should wrong," she declares.

And a natural birth means no epidural! "I'm crazy. I mean, I did this to myself—I might as well do it right," she says. "I wanted this. It's like, no one made me do this."

Kunis also talks about how she managed to keep her engagement to Kutcher a secret. "We were able to keep this private for two months—two months without anybody knowing. I think everybody assumed we've been engaged for so long that I was wearing the ring in public for two months and no photograph was ever...like nobody ever commented on a single photograph," the 30-year-old star recalls. "Like it was just not...they just decided not to acknowledge it for two months. It was amazing."

We can't wait to see her walk down the aisle -- and to see their little one!

What do you think about Mila's candid comments? Tell toofab in the comment section below, and click "Launch Gallery" above to see more kissing costars.